Can the UK Wake Up After Its Prime Minister Was Infected With the CCP Virus? 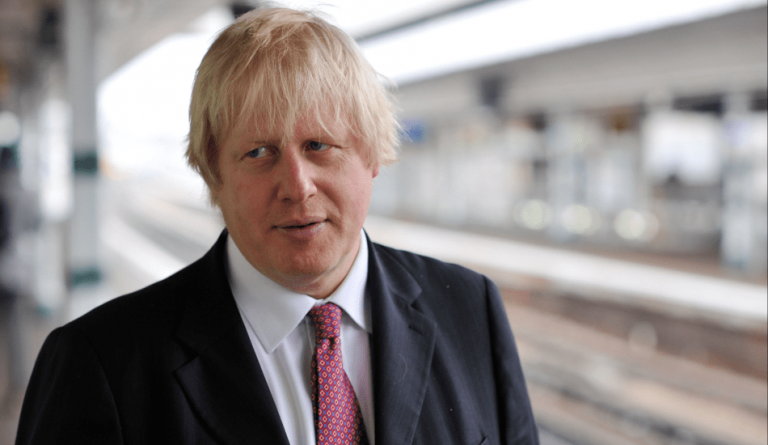 On April 12, British Prime Minister Boris Johnson thanked the medical staff who cared for him as he was discharged from the hospital. (Image: BackBoris2012 Campaign Team via Flickr)

On April 12, British Prime Minister Boris Johnson thanked the medical staff who cared for him as he was discharged from the hospital. Johnson tested positive for COVID-19 on March 27 and spent three nights in the intensive care unit.

Prime Minister Boris Johnson is now out of danger, but the pandemic continues unchecked in the UK. As of April 22, the number of people infected with the CCP virus was 133,495 and more than 18,100 people have died, with the majority being over 60 years old. A British expert on global public health, Professor Devi Sridhar, warned that the UK may end up with the largest number of deaths from the CCP virus in Europe.

It has been pointed out that the pandemic arose from the actions of the Chinese Communist Party (CCP), which chose to cover up the severity and nature of the virus at the start of the epidemic, allowing it to develop into a fully-fledged killer worldwide.

Countries, regions, groups, or individuals that have close relationships with the CCP were, and are, severely affected by the epidemic, and Prime minister Boris Johnson’s case is representative of this actual situation. It should be a wake-up call for him and those who support communism.

The Tory party, according to The Guardian, “has an appetite for power shared globally only with the Chinese Communist Party.” Prime minister Boris Johnson, as its leader, was enthusiastic about the Belt and Road Initiative (BRI) and supported the Hinkley Point C nuclear power station, a project in which China’s state-run CGN is heavily involved.

On January 28 this year, Prime Minister Boris Johnson disregarded both the warning from Mike Pompeo, the United States Secretary of State, as well as opposition from his own key personnel and announced that Huawei would be allowed to build the UK’s 5G network. It cannot be accidental that Prime Minister Boris Johnson was infected with the CCP virus.

Chinese state-owned China Reform Holdings backed the private equity firm Canyon Bridge to buy UK semiconductor company Imagination Technologies in 2017. The company planned to hold a board meeting on April 6 to decide to allow China’s four directors to enter the UK board of directors, thus, allowing the CCP a way to gain control of the company. However, due to intervention from British parliamentarians, the board meeting was canceled and the CCP’s attempt was frustrated.

The CCP is accelerating its penetration into and control of the UK’s high-tech, financial, and many other sectors. In 2019 alone, up until August 23, Chinese companies completed 15 major acquisitions worth approximately US$8.3 billion in the UK, one of which was the international cross-border payment company World First.

Looking at China’s participation in the construction of the Hinkley Point C nuclear power station, acquisition of and attempt to control Imagination Technologies followed by Huawei’s focus on the British market, the CCP’s intentions have long exceeded the commercial scope.

It is worth noting that, as the pandemic advances, there have been increasing criticisms of the CCP in high-level political circles in the UK, and think tanks have also put forward effective countermeasures. They are deeply worried about giving the green light to Huawei to build the UK’s 5G networks.

On April 4, 15 members of the British Conservative Party sent a letter to Prime Minister Boris Johnson calling for reconsideration of the relations with the CCP. These lawmakers believe that the UK is too dependent on the CCP and has not fully considered the long-term economic, technological, and security needs of the country.

On March 29, The Daily Mail reported that British officials were angry at the CCP’s spread of misinformation and attempts to profit from the epidemic. One Cabinet Minister said: “We can’t stand by and allow the Chinese state’s desire for secrecy to ruin the world’s economy and then come back like nothing has happened. We’re allowing companies like Huawei not just into our economy, but to be a crucial part of our infrastructure.” (Daily Mail)

The push-back from British political circles has landed a heavy blow on the CCP and had a positive impact on Europe and the world, helping people understand the true nature of the CCP and make the decision to boycott them.

Whether or not to use Huawei is not just a matter of network technology or a question of following the United States, but a major issue of national security. The harm created by the CCP has been reflected in all aspects, from brutal human rights violations to suppression of freedom of expression, harming people’s health and lives, and even the collapse of the global economy.

Prime Minister Boris Johnson just faced death and survived. He should cherish his rebirth, reflect on it, and change his attitude toward the CCP. It’s only through breaking ties with the Chinese Communist Party that countries and individuals can avoid the pandemic.