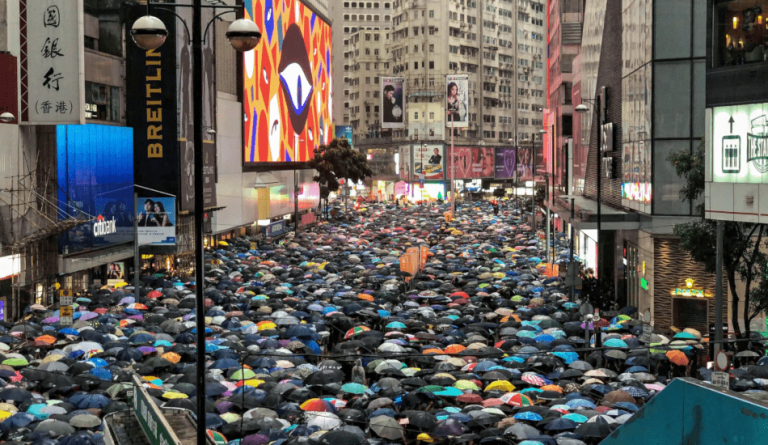 The people of Hong Kong took to the streets last year in defense of their city’s autonomy and the rule of law. (Image: Studio Incendo via flickr CC BY 2.0 )

The Hong Kong protests erupted last year after residents expressed displeasure at a bill that was clearly designed to allow Beijing to have more power over the city’s administration. Many people were arrested by the police, including healthcare workers who were just performing their duties. In February, the UN wrote a letter to Chinese authorities expressing their concerns about the way in which these healthcare workers were being treated. The letter has now been made public.

In the letter, the UN asks China to explain the legal basis for the detentions and arrests as well as how such acts conform to international human rights laws. According to UN officials, medical workers, doctors, and nurses attended the protests in order to provide healthcare in an impartial manner, whether those needing such care were protesters, firefighters, police, public, or the press.

However, the police ended up beating, intimidating, harassing, and arresting them. The letter cites an incident from August 2019 when a female paramedic got hit in the eye by a pellet round that apparently belonged to a police officer. The same month, a first-aid volunteer was arrested for possessing saline water and three pairs of scissors, items that were necessary to perform his duties. In October, another first-aid volunteer was forcefully subdued by a riot policeman.

In November, about 16 healthcare workers who were providing aid at the Hong Kong Polytechnic University were arrested by the police even though they were all wearing high-visibility vests that identified them as doctors, nurses, or Emergency Medical Technicians (EMTs). Every one of them even had identity cards and registration supplied by the Medical Council of Hong Kong.

The police argued that some of the arrests were made because they suspected that rioters were masquerading as medical workers. However, this makes no sense when you consider that the arrested people had identification on them. All that the police had to do was to verify their ID and release them. Why were the healthcare workers detained for so long?

On top of that, the workers were even threatened and blocked from giving aid to injured protesters. Why would any honest police department do such a thing? The only reason for such aggressive actions against healthcare workers is that the Hong Kong administration did not want any medical help to be provided to the protesters. The workers were simply punished for having a good heart and doing their job.

Darren Mann, a British surgeon who lives in Hong Kong, first brought international attention to this attack on healthcare workers last November. “It is perversely ironic that while the rest of the world shows its gratitude for the selfless work of healthcare professionals courageously battling COVID-19, the Hong Kong Police Force have been found to have harassed and arbitrarily detained humanitarian medical workers… You can’t ‘clap for careers’ when your hands are zip-tied behind your back,” he said, as reported by RTHK.

Benedict Rogers, co-founder and chairman of UK-based Hong Kong Watch, has welcomed the UN decision and has asked that an independent inquiry into police brutality in Hong Kong be carried out. He also asked that those identified as having abused the protesters be slapped with Magnitsky-style sanctions.