Karl Marx: The Hater of Families 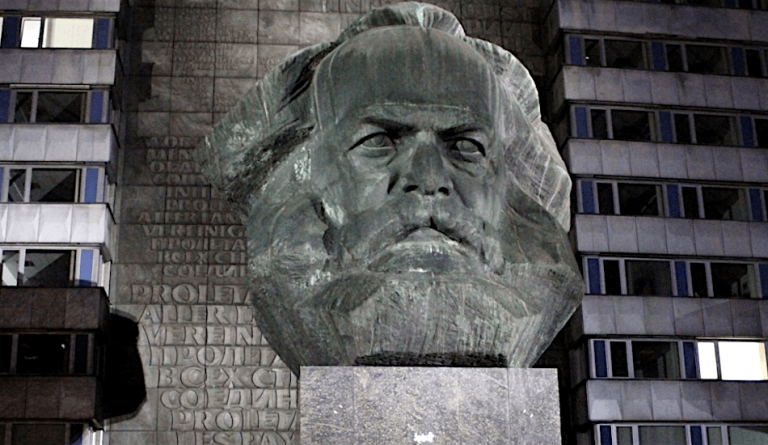 Communism, the offspring of Karl Marx, is the most evil ideology present in the world. (Image: Screenshot / YouTube)

Communism, the offspring of Karl Marx, is the most evil ideology present in the world. Its underlying theme is one of deception. Any order or goodness present in society is something the communists must first get rid of to establish their hegemony. Marx’s manifesto clearly stated that communism cannot be achieved without overthrowing existing social conditions.

According to fee.org: “Marx believed individuality was antithetical to the egalitarianism he envisioned. Therefore, the ‘individual’ must ‘be swept out of the way, and made impossible.'” Although the primary goal of communism was to abolish the concept of private property, Marx required the systematic eradication of other systems that had been established in “bourgeois” society. The first among these was family.

Marx clearly admitted on more than one occasion that tearing down the concept of family was not an idea easily accepted, even by the most radical revolutionary. He knew it would be tough to gain support for such an outlandish demand.

According to him, the fully developed family is, in theory, a very bourgeoisie concept. He viewed the family as the symbolic representation of private gain, and saw it as being based on capital. He believed that practically every family was dependent on capital and without it, the family structure would collapse sooner than everyone felt it would.

Communist culture holds the viewpoint that a family is essentially the perfect unit to serve the needs of a capitalist establishment, and that its basic function is consumption. Marxists argue that the familial concept facilitates a hierarchy structure and through wealth and inheritance, creates inequality in society.

Communist replacement for the family system

Communists, in general, abhor tradition and adherence to old practices. This includes concepts of religion and ideologies that have been passed on from ancestors. The family is also something that has been established through tradition and hence needs to be torn down as well.

Marx believed that by dismissing the family system, individuals would be free to reach their full potential instead of being bound by the rules dictated by a family ecosystem. Communal living would take the place of the family. There would be no need for monogamy and the children would be raised collectively by the community.

Conceptually and practically, it has been observed that the more socialist ideals a government embraces, the more encroachments are made into private life and specifically the functioning of a family.

Attempts to destabilize the family

One example of this would be the Kibbutzim practiced in Israel. In this system, citizens are expected to share everything from housing and clothing to and food. This has been referred to by political experts as a nanny state where there is no value for the individual apart from being a mechanical cog to enrich the state.

In more recent times, the Scottish National Party tried to introduce the concept of a “named person” in 2016. This basically translates to state monitoring of families. The state allocates an individual, who could be a teacher or a social worker, to a family.

This individual would have supreme rights over the parents with regard to childcare. The individual would be maintaining personal records on different aspects of the family’s day-to-day functions. He or she would also have full access to the children, allowing them unsupervised and unscheduled visits with the children. Fortunately, this scheme was thrown out by the UK Supreme Court and pronounced illegal.

These are just a few examples of how various forms of Communist/Socialist systems have attempted to influence and consequently annul the concept of family in modern society. Over the years, communism has failed miserably in its attempts to achieve acceptance of its governance from its subjects, and millions have suffered and died as a consequence of these attempts.

“For Marx, the family represents a microcosm of capitalism. But why didn’t he identify it as a microcosm of socialism to argue that if socialism is feasible at the family level, then it could be feasible at a larger scale?” according to mises.org. There is no doubt that without proper parenting and a sound family structure, modern societies would undergo steady deterioration and eventually end up in complete chaos, resulting in anarchy.