The CCP Virus Pandemic, Some Changes That Bring Huge Relief 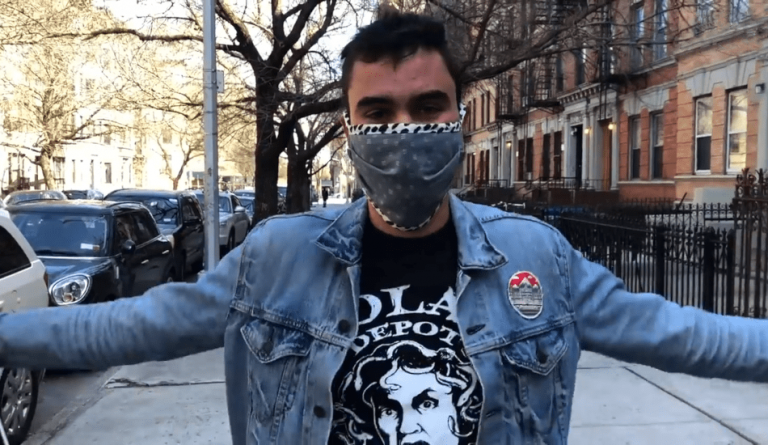 Most people are worried about the consequences the CCP coronavirus will have on their lives, families, society, jobs, and so on. (Image: Screenshot / YouTube)

Most people are worried about the consequences the CCP virus pandemic will have on their lives, families, society, jobs, and so on. In such circumstances, it can be difficult to remain in good spirits. However, you should keep in mind that every calamity is followed by prosperity and that most negative things will also trigger some sort of positive effects.

An analysis of 5 models predicting the course of the CCP virus outbreak in the U.S. predicts that deaths due to the virus will decline in May. The models were compiled and standardized by the University of Massachusetts Amherst. Most models predict that the U.S. is currently past or near the peak number of deaths as far as this wave of COVID-19 infections is concerned.

Provided that restrictions aren’t relaxed too much, these models should end up proving true. The total number of deaths through May 23 is expected to be between 60,000 and 100,000. At present, more than 68,000 American citizens have died due to COVID-19.

Treatment for the CCP virus pandemic

Two clinical trials have been conducted for the antiviral drug remdesivir and both show promising results in the drug’s ability to treat COVID-19.

In one trial, several patients who were provided with remdesivir are apparently recovering. “If given early enough, we’re hoping that remdesivir interferes with the virus and blocks its ability to replicate in patients’ cells… The goal is that it staves off the deadly inflammatory cascade that leads to respiratory failure and the need to be intubated and put on a ventilator,” Dr. Kevin Grimes, an infectious diseases physician and co-leader of the trials, said to US News & World Report.

In England, scientists from the University of Oxford have announced that they plan on putting out at least 1 million doses of coronavirus vaccine by September this year. This is definitely an encouraging sign since most experts are predicting that a coronavirus vaccine could take anywhere from 12 to 18 months to hit the market.

The team at Oxford will use a genetically engineered chimpanzee virus to form the basis of the vaccine. They will combine it with certain parts of the CCP coronavirus. The scientists hope that this will create a safe virus capable of training the immune system to fight COVID-19.

The Chinese Communist Party (CCP) is the major reason why the coronavirus has spread so far and caused so much damage. Had Beijing been honest and informed the world about the virus when it initially started infecting people, the situation would be less stressful right now. But as they say, karma always catches up with you, one way or the other. And China will soon pay for its mismanagement of the viral outbreak in the economic sphere.

Many businesses are now considering shifting their manufacturing operations away from China. In fact, Japan has already announced financial help for companies that are planning to do so. India seems poised to gain big in this matter as 1,000 foreign firms are apparently in talks with authorities to move their production centers from China. Many of these businesses are from sectors like electronics, medical devices, mobile phones, textiles, and so on.

Meanwhile, China’s US$3.8 trillion ambitious Belt and Road Initiative (BRI) seems to be losing steam. Many participating countries were already unhappy with Beijing’s predatory lending tactics. To top it off, the CCP coronavirus outbreak is creating a huge negative image of China among the local populace.

This might be the first time in the 21st century that families are getting so much time together. Before, many parents were so engaged in their work that they rarely had quality time with kids. But the lockdown has unwittingly brought families together. They are watching their favorite shows together, playing in the yard, spending time in the garden, and so on. This should do wonders for the mental health of kids who used to feel that their parents were neglecting them.

Plus, some children who used to be addicted to mobile phones seem to have taken time off from their devices thanks to having their families around and, of course, because of mobile fatigue. Many people are rediscovering their hidden talents, which had been lost in the hustle and bustle of daily life. With nothing to do outside, many are turning inward, and doing more work on themselves by taking up meditation, qigong, etc.