An Insight into Chinese ‘Discrimination’ Through Tedros Adhanom 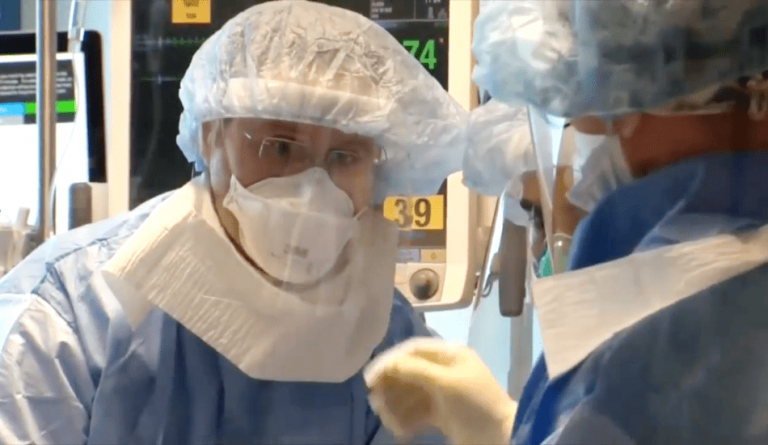 As Covid-19 sweeps the world, each country is geared up to fight the pandemic and protect its people. (Image: Screenshot / YouTube)

As the Covid-19 disease that originated from Wuhan sweeps the world, each country is geared up to fight the pandemic and protect its people. Although numerous people are demanding decision-makers to implement open, transparent, and independent investigations into the incident, racial discrimination has become a heated topic of conversations around the world.

During lockdowns where live entertainments have been suspended, none could have anticipated that discrimination would become the focus of the public.

Following this pandemic, Tedros Adhanom, the director-general of the World Health Organization (WHO), rose to unprecedented fame. Pushed to the edge while facing accusations from all over the world, Tedros suddenly found a narrow breakthrough to defend his reputation. He publicly claimed that he has been discriminated against by Taiwan netizens for as long as 3 months with names such as “negro” and other “racist comments.”

The small island nation of Taiwan, which has been quietly fighting the pandemic with much success, is once again dragged into the dirty mud of international politics. In order to prove their innocence, the president of Taiwan, Tsai Ing-Wen, personally countered Tedros’ claim, commencing an unexpected war of words that revolves around racial discrimination.

As history has taught us, racism always brings tremendous harm to human society. In this civilized world, there is zero-tolerance for any racist comments or tendencies in countries with rule of law. Hence, accusations of racism always hold the advantage of “political correctness” deemed invincible in public debates.

When a black or Chinese person can successfully portray himself as a victim of racism, he stands a great chance to divert public opinion away from himself and his mistakes, which means he has a greater possibility to escape from the consequences of his actions.

It seems that Tedros has really done his homework.

According to the news in Taiwan, authorities have made follow-up investigations into the cyber warriors who made racist comments. They concluded that the commenters were not from Taiwan, but actually from mainland China. In other words, it is possible that China cyber warriors took the opportunity to frame Taiwan for this discrimination. Alas, this is totally not unexpected.

In today’s world, it is impossible to launch online racial discrimination in a democratic society and have it actually persist for more than 3 months. However, within the great firewalls of China, there is one condition that allows offensive cyber comments to survive. It is that they have been authorized by the Chinese Communist Party (CCP).

Before the pandemic, no one paid much attention to the leader of WHO and his friendly ties with the CCP. However, after the virus outbreak, people finally realized that Tedros is not just on good terms with the CCP, but they are literally inseparable buddies. Knowing this, it is quite understandable why some netizens “praise” Tedros as “Secretary Tedros.”

Despite all odds, Tedros fully endorsed the CCP’s actions during the pandemic. Naturally in response, the CCP had to orchestrate a show of “Tedros being discriminated against by the Taiwanese” in an effort to save his reputation. By bringing this accusation to the international stage, not only can this diminish Taiwan’s success in fighting this pandemic, but it also turns Tedros from an accomplice that threatens humanity to an innocent victim of “racism.”

“Anti-racism” has always been a way of self-protection for overseas Chinese. Whenever there is conflict, victims will immediately proclaim to be a representation of their race. They will not hesitate to elevate isolated incidents to racial conflict in order to express their zero-tolerance against racism.

But in truth, many Chinese living in China are used to discrimination. Not only are they tolerating discrimination in their communities, but are quite ready to participate in various racist movements.

This is because under the monolithic education of the Chinese Communist Party, everything is opposite to the values held by Western civilized societies. While Western societies view zero tolerance as political correctness, in China, “discrimination” is actually a proclamation of “political correctness”; the CCP calls for its people to strongly disfavor “nonconformists.”

There are other more common forms of discrimination, such as city dwellers looking down on farmers and laborers, the rich discriminating against the poor, Chinese mainlanders calling Taiwanese “taibaizi” (meaning unsophisticated lowbrows), Chinese calling Westerners “gweilo” (a racially deprecatory slur), not to mention Hong Kongers’ discrimination toward mainlanders who flooded their city and purchased everything.

At the beginning of the pandemic, the people of Wuhan and Hubei were the first to be discriminated against by the rest of China. Just like rats crossing the street, they were reported or even physically beaten by people from other cities. Now, it is the Africans who live in China who are targeted to be banished, beaten up, and have restrictions placed on their movements.

In China, the above acts of discrimination are common phenomena and the victims would never protest against them. The logic is simple. Without consent and assistance from the Chinese government, there will be no form of collective discrimination. Maybe this is for the “maintenance of stability,” or to divert public attention, or even for certain political purposes. Regardless, “discrimination” is no doubt an effective weapon for the government to maintain its position, and yes, it is considered perfectly legal.

Only when similar phenomena appear overseas will Chinese resolutely object against “discrimination.” This is because Western laws are made to selflessly assist victims and bring back justice, which is the reason why such “racial discrimination” in the Tedros-style came to pass.