How Vietnam Succeeded in Taming the CCP Virus 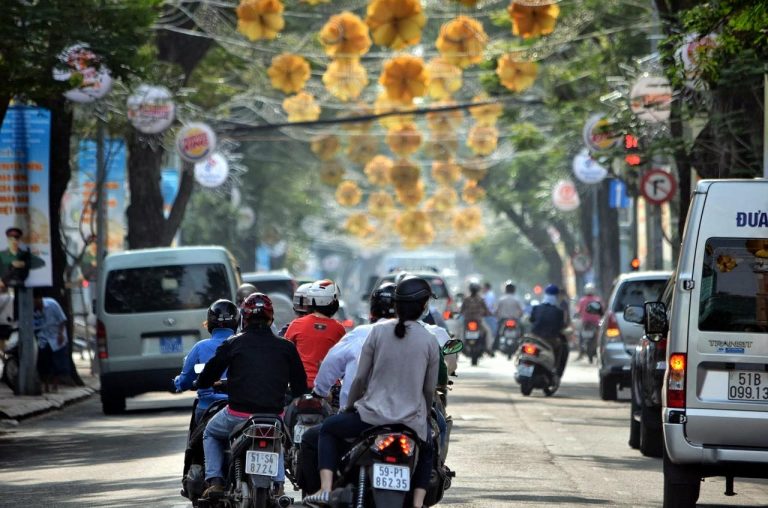 Vietnam has been successful in restricting the CCP coronavirus. (Image: laurelnurse via Pixabay)

Vietnam shares a 1,280-kilometer border with China. With the CPP coronavirus running rampant in the neighboring country, you would expect Vietnam to also suffer heavily. But surprisingly, Vietnam has only recorded about 270 cases of infection, that too with zero deaths. So how has a country with minimal resources succeeded in restricting the epidemic when nations much more developed, with significant resources at their disposal, struggled to contain the CCP virus?

The success of Vietnam can be attributed to the speedy and stringent measures enacted by the government. The country has tested over 210,000 people. This might seem like a small number when considering its 95 million population. However, the country’s 791 tests for every confirmed coronavirus case is one of the highest in the world, eclipsing second-ranked Taiwan, which has only done 140 tests for every infected case.

In early April when Vietnam only had 250 cases of infections, the country had put almost 45,000 people in quarantine at government facilities.

Right from February, the state enacted lockdowns in regions it had identified as potentially risky. Checkpoints were set up to restrict people’s movements from and to these high-risk zones. Schools have been closed since February, which avoided any spread of the coronavirus among children.

Villages with a population of 100,000 people were fenced off just because a single case of infection was discovered. Vietnam also validated low-cost testing kits (costing US$25 each) that could provide results in just 90 minutes. These kits were all manufactured in the country on a war footing.

The state has also evoked nationalism, terming the CCP virus as a foreign enemy and calling on people to unite to defeat the pandemic. The campaign generated positive results as most people took the pandemic seriously, especially since the SARS crisis of 2003 was still fresh in everyone’s minds.

In a survey conducted in 45 countries where people were asked to rate their government’s response to the virus, almost 62 percent of respondents from Vietnam said that the administration was doing the “right amount.” This is the highest rating, beating even countries like South Korea and Singapore.

To be fair to other countries, measures like intensive testing, lockdowns, etc., are something that they have also implemented. But what makes Vietnam stand out is that they have been extremely strict with these things from the time that coronavirus infections started being reported in China.

In this case, Vietnam is similar to Taiwan in the sense that they took swift action and did not choose to “wait and watch” to see what would happen. Countries that took too long to announce lockdowns and conduct mass tests are the ones that are suffering the greatest due to the CCP virus.

Though some have expressed doubts as to whether the government data on infections and deaths are trustworthy, there is no solid proof to back such concerns. “If there was ongoing and unreported or unappreciated community transmission, we would have seen the patients in our hospital. We have not,” Guy Thwaites, director of the Oxford University Clinical Research Unit in Ho Chi Minh City said to Reuters. In places like Hanoi, funeral homes have not reported any increase in deaths, which further adds to validate the state data.

One of the main reasons for such high infection rates is said to be its poor migrant class who live in deplorable conditions. Most of these migrants, from countries like Bangladesh and India, live in densely populated areas that have no chance to practice social distancing. Some rooms even have 30 people crammed in them. Chan Chun Sing, Trade and Industry Minister, warned that the city-state will very likely see a rather steep decline in GDP.