US Official: CCP Virus Is an Act of Terrorism 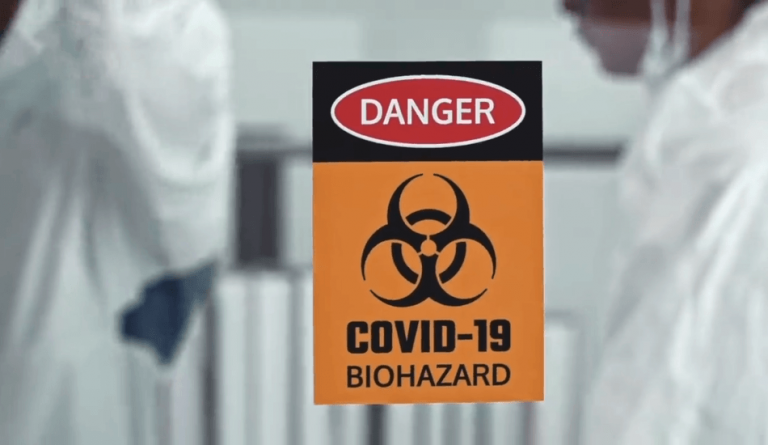 Months after the CCP virus pandemic was unleashed across the world by way of the inept Chinese communist regime, talks of suing Beijing for the losses caused have been gaining ground. The latest to join the bandwagon is New York State Assemblyman, Anthony Palumbo, who wants the COVID-19 pandemic to be classified as a terrorist act.

Dealing with the CCP virus

“It was recently revealed that China knew about the dangers posed by the virus early on, yet did nothing to stop its spread… It is clearly an act of terrorism to intentionally conceal a deadly virus that can infect millions and cause economic devastation around the world. With this declaration we can not only sue China for damages, we will also gain access to hundreds of billions of dollars for our businesses under the Terrorism Risk Insurance Fund,” Palumbo said, as reported by Patch.

Several officials have supported Palumbo’s suggestion and declared that they would encourage President Trump to follow it and treat the CCP virus as an act of terrorism. Riverhead Councilwoman Jodi Giglio pointed out that American businesses are on life support because of the virus. Since they have already paid premiums to insure their businesses against terrorist acts, Palumbo’s suggestion could help these businesses get compensation to tide them over the financial distress.

Meanwhile, the Trump administration is drawing up plans to punish Beijing for the COVID-19 outbreak. President Trump has suggested that he could impose new tariffs on Chinese imports. At a recent press conference, the President confirmed that he is confident that the virus originated from the Wuhan Institute of Virology and criticized the World Health Organization (WHO) for acting as a public relations agency for the Chinese government.

According to Beijing, the virus came from a wet market in Wuhan. But if Trump’s lab origin suspicion is proven true, it could have serious repercussions for the Chinese government since it would prove that the Communist Party has been hiding the truth about the CCP virus’ origin.

This will give businesses and governments across the world sufficient reason to argue that they should be compensated for the economic loss suffered as a consequence of the COVID-19 outbreak. There has been speculation that the U.S. could cancel its debt obligations toward China to compensate for its economic loss. However, President Trump indicated that he might not resort to such a measure.

Plus, punishing China could be a sensitive issue since it might make America vulnerable in the short term if China seeks to retaliate by withholding the export of medical devices, drugs, and personal protective equipment of which it is a major supplier. Secretary of State Mike Pompeo stated that the U.S. was betting on China to fulfill its contractual obligations toward supplying these at such a critical time. For the longer term, the U.S. might decide to seek alternative supply sources from friendlier nations for medical goods.

What awaits in the future

According to a report by the Center for Infectious Disease Research and Policy (CIDRAP), the CCP coronavirus might last for up to 24 months in the U.S. It advised health officials from states, territories, and tribal regions to prepare for the worst-case scenario, which included the possibility of having no vaccine or the benefit of herd immunity. The study predicts the CCP coronavirus will circulate in a seasonal pattern, with its severity diminishing over time.

Meanwhile, India has shipped close to 50 million tablets of hydroxychloroquine to the U.S. Many doctors are prescribing the drug as a possible treatment for COVID-19 despite regulators warning that the medication might have some side effects like abnormal or rapid heart rate. The number of COVID-19 cases in the United States has exceeded 1,250,000 people and over 73,600 people have died due to the pandemic as of May 7.