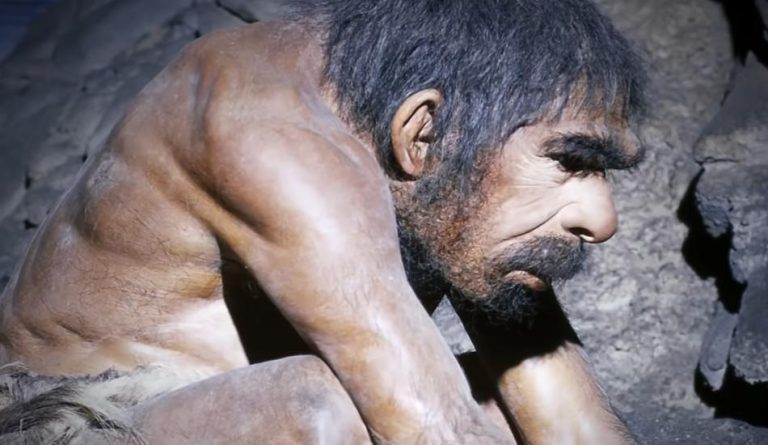 Current theories conclude that humans in the present form started originating around a few hundreds of thousands of years ago. (Image: Screenshot via YouTube)

Modern dating techniques and the evolution theory of Darwinism lead to the conclusion that humans in the present form started originating around a few hundred thousand years ago. With all the recent discoveries, does this hypothesis still stand? Have we uncovered human evidence that outdates the scientific model put forward and strongly defended by our contemporaries?

Over the past couple of centuries, there have been multiple findings of footprints, bones, and artifacts that point toward human beings, not unlike us, who have walked the earth for much longer than the established evolution theory would lead us to believe.

According to Carl Zimmer in his book Smithsonian Intimate Guide to Human Origins: “All living humans can trace their roots to a small group of Africans who lived less than 200,000 years ago and spread out from Africa about 50,000 years ago.”

Evidence of ancient footprints was found at Laetoli, Tanzania, in volcanic ash that’s deemed to be at least 3.5 million years old. Although these prints can’t be linked to today’s human beings, renowned scientists of the field like Mary Leakey concluded that our ancient ancestors had strangely modern feet!

According to krishna.com: “It seems permissible, therefore, to consider a possibility neither Tuttle nor Leakey mentioned — that creatures with modern human bodies to match their modern human feet lived in East Africa some 3.6 million years ago.”

Another example was the finding of a femur bone in Lake Turkana, Kenya, in 1972. This specimen, which was similar to a human footprint, was dated by scientists to be over 2 million years old. They concluded that the bone belonged to a species that was pre-human, likely Homo habilis.

Questioning established theories such as Darwinism

What’s surprising is that a vast section of the scientific community has nullified these findings or chosen to ignore them simply because they don’t fit the established theory of evolution, such as Darwinism and peer-reviewed studies on human antiquity. According to these established theories, modern humans like us could not have existed before 100,000 years ago. Still, there could have been much more primitive ancestors of Homo sapiens before this timeline.

Owing to the fact that these established theories act as a reference point by respected members of the scientific community for human antiquity, we have a great deal of factual information that has been deemed incomplete or inconsistent, which leaves room for alternative theories regarding the evolutionary span of modern human beings.

Michael Cremo is a prominent voice for the consideration of such an alternative to Darwinism’s evolution theory. His findings and studies have been causing a great deal of controversy within scientific circles. His book, co-authored with Richard L. Thompson, entitled Forbidden Archaeology, is a compilation of archaeological evidence that suggests extreme human antiquity. Here is a talk he gave at Google. In this video, he provides evidence that questions established theories of evolution.