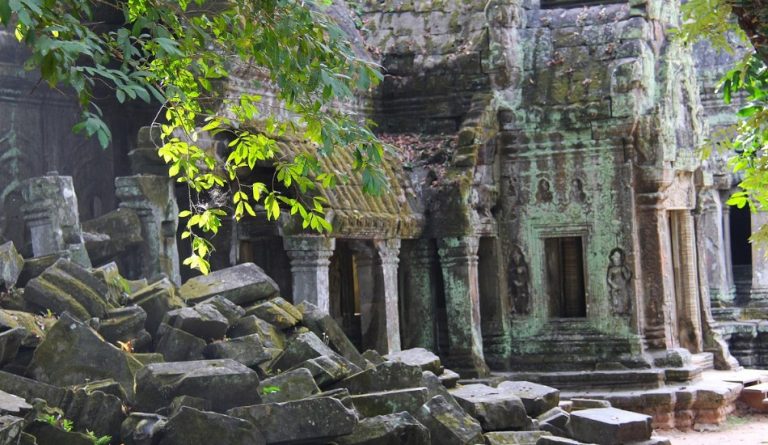 The Funan empire spread from Cambodia to Vietnam, all the way to Thailand, and probably Malaysia. (Image: Pixabay / CC0 1.0)

The Funan Empire is often referred to as the first major Southeast Asian civilization. There is archaeological evidence to suggest that this civilization spread across Cambodia to Vietnam, all the way to Thailand, and probably Malaysia. FactsandDetails.com states: “Even the Chinese, who considered most everyone around them to be Barbarians, marveled over Funan’s treasures of gems and gold.”

There are currently several excavation sites in Cambodia exploring various aspects of this ancient kingdom that disappeared gradually over time. One of these in Angkor Borei is suspected of being the capital of the Funanese kingdom. Apart from the fact that it lasted from A.D. 1 to the seventh century A.D., very little has been uncovered about Funan. Having said that, there seems to be substantial evidence to prove that it was certainly one of the earliest prominent centers of power in Southeast Asia.

Funan had its origins as a local pirate base at Oc Eo. The reason for pirates zeroing in on this spot was its strategic location between the Mekong delta and main east-west maritime trade routes, on the southwest coast of Vietnam. With a high frequency of trade traffic passing through, the Funanese main income came through plundering ships that passed their way.

Early Chinese literature suggests that the population of Funan prominently comprised of dark, curly-haired people who went around naked. There is also Indian literature that reveals the seeds of civilization were sown when an Indian prince stopped over during an expedition and settled down there after marrying a Funanese princess, and consequently, became a king. He later convinced the locals that rather than attacking ships, providing supplies and conducting trade with them would yield much higher profits in the long term.

The rise of an empire

Over time, Oc Eo progressed to become the central trading port in the Gulf of Thailand. Trade was also flourishing between China, Malaysia, and from across the Indian Ocean. Several artifacts have been recovered from Oc Eo that trace their origins to China, Japan, Indian, and Rome.

PhuketNews.com tells us this about the wealth of the Funanese: “They live in walled villages, palaces, and houses … [the people] go about naked and barefoot. Their nature is simple and they are not inclined to­wards thievery… they undertake agri­culture… Customs and taxes are paid in gold, silver, pearls, and perfumes… There are books and depositories of ar­chives and other things.”

Chinese literature describes a Funanese king known as Fan Chu Man who conquered adjacent kingdoms, expanding the Funanese Empire around 3,000 square kilometers. Soon, Funan had in its possession one of the most powerful naval fleets and armies in the region, enabling it to gain substantial control over the trade surrounding the Gulf of Thailand.

The king of Funan would consequently be officially acknowledged as the supreme commander of the South Seas and the title of “General of the Pacified South” was conferred on to him by the Imperial Court of China.

Despite its supreme reign over the region, Funan faced stiff resistance from the Kingdom of Chenla, which lay to its north. By the end of the seventh century, Chenla attacked and overcame the kingdom of Funan. Since Chenla derived most of its income from agriculture rather than maritime trade, it failed to maintain the kind of control over the trans-peninsular trade routes that Funan had done, and finally fell to the surrounding local kingdoms.