A Profound Lesson: The Sword of Damocles 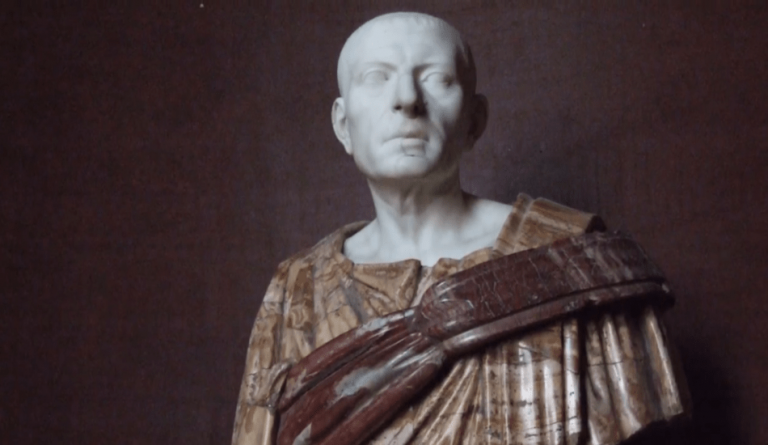 The great Roman philosopher Cicero popularized the parable behind the sword of Damocles through his book ‘Tusculan Disputations.’ (Image: Screenshot / YouTube)

It was the great Roman philosopher Cicero who popularized the parable behind the sword of Damocles through his book Tusculan Disputations. The story has its origins in the palace of Dionysius, the tyrannical king who reigned over Syracuse between the fourth and fifth centuries B.C. There was no doubt in the fact that Dionysius wielded unparalleled power and wealth. However, being a cold-blooded tyrant has its price.

According to thought.com: “In Book V Cicero describes in detail what an utterly miserable man Dionysius was. He was said to have been temperate in his mode of living, alert, and diligent in business, but naturally malicious and unjust to his subjects and family.”

Dionysius had made many enemies over the course of his conquest. Fear was his constant companion as there was always a threat of him being assassinated. He was paranoid to the extent that he slept in the middle of a moat and he would have nobody shave his beard other than his daughters.

One day, a court jester named Damocles entered the king’s court. He started showering the king with compliments and made comments about how lucky the king was to lead such a rich life in a fantastic palace filled with all the pleasures of the world. He went on to tell the king that he wished he could experience at least a portion of these pleasures at least once in his lifetime.

The king was more than irritated at this turn of events. He decided to teach Damocles a lesson. Dionysius suggested that Damocles have a sampling of this royal and blissful life. He would have access to everything the king owned for one day.

Damocles could not contain his glee. He was taken to the royal chambers to get a taste of the royal life. A golden couch awaited him with a dozen servants surrounding it, waiting for his command. He was treated to the most prized cuts of meat, dressed in the finest silk and linens, and scented with the rarest perfumes.

As Damocles indulged in his newfound royal luck, he, at some point, happened to notice a rather large glistening sword hanging from the ceiling of the palace, secured daintily by a horsehair strand. The sight of the sword ready to swoop on him at any moment completely dampened Damocles’ mood. He realized his folly and the message that the king was giving him. He immediately asked to be excused from the palace premises and never faced the king again.

According to history.com: “For Cicero, the tale of Dionysius and Damocles represented the idea that those in power always labour under the spectre of anxiety and death, and that there can be no happiness for one who is under constant apprehensions.” The parable, as simple as it seems, has a profound relevance even in today’s setting. We often view people from a very narrow perspective. We focus on what is obvious and fail to see the full picture.

This is especially true in the case of world leaders, rich businessmen, and even celebrated artists who have access to great power, respect, wealth, and fame. We see their world in pictures and create an image of them in our heads: lucky individuals who have everything they could desire. What we fail to see is the hard work that went into achieving whatever position they are in, and the almost impossible task of maintaining that position and situation.

In a world where you weigh a person’s worth through the number of Instagram followers they have, Damocles’ sword holds extreme relevance.