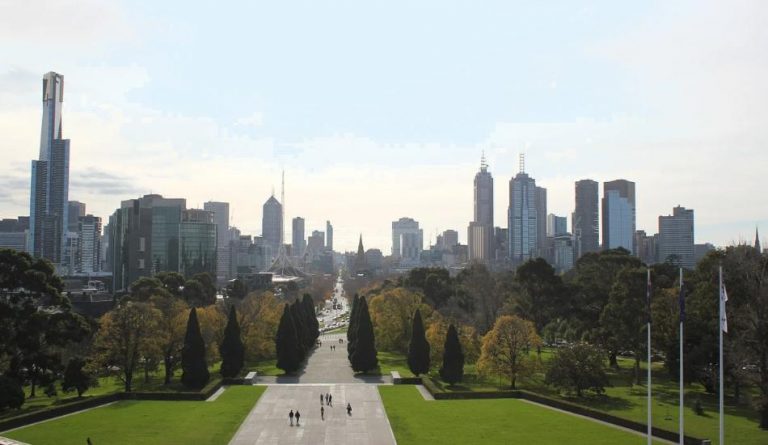 The spread of COVID-19 has killed thousands of people, lowered economic activity, pushed millions into unemployment, and basically spread misery everywhere. But there is one silver lining — the lack of human activity has resulted in a greener Earth, with several people realizing for the first time what breathing clean air feels like.

A recent study by air quality information and tech company IQAir shows that the presence of deadly Particulate Matter (PM) in the atmosphere of 10 major cities around the world declined by almost 60 percent within a 3-week lockdown. Particulate Matter refers to all the solid and liquid particles in the air that can be harmful to human health, including dust, soot, pollen, metals, acids, and so on.

In Delhi, the capital of India, which is considered one of the most polluted cities in the world, the PM 2.5 levels were found to have fallen by 22 percent while the presence of nitrogen dioxide declined by 15 percent in just the initial day of the lockdown. The French capital of Paris saw air pollution slump by 46 percent, Los Angeles by 29 percent, Sydney by 38 percent, and Rio de Janeiro by 26 percent.

The lack of industrial activity has meant that no waste is being dumped into bodies of water, making rivers and ponds clearer. In the Italian city of Venice, the lack of tourists made the canal so clear that people are now able to see fish swimming in the waterways. Barry Lefer, an atmospheric scientist from NASA, notes that the air between Washington and Boston has been the cleanest since 2005.

“It is giving us this quite extraordinary insight into just how much of a mess we humans are making of our beautiful planet… This is giving us an opportunity to magically see how much better it can be,” conservation scientist Stuart Pimm of Duke University said, as reported by Yahoo News. The decline of human activity has also encouraged animals to come out into the open. Wild goats, monkeys, pigs, puma, and other creatures that used to avoid cities have been found roaming around streets across the world.

For many people, especially youngsters who have been born in the past two decades, this is the first time in their lives that they have experienced such clean air. In some cities where pollution used to cloud eyesight, people are now able to see farther into the horizons and their views are clearer. While these people were earlier forced to breathe toxic, polluted air that felt like inhaling dust, they are now able to understand what clean air feels like.

Some believe that this might trigger the next wave of environmental movements as people would be more interested in having a cleaner environment now that they have experienced it firsthand. In fact, such changes are already taking place in South Korea where the government has announced that it will phase out coal power after citizens realized that the air was cleaner thanks to reduced industrial activity and low traffic.

According to a study by the World Institute of Health, air pollution is responsible for the deaths of over 7 million people every year. Nations classified as low and middle-income countries are the most affected by this. Air pollution has been linked with multiple problems like heart disease, attention deficit disorder, lung cancer, aggressive behavior, and so on. In these times when the COVID-19 epidemic is making people nervous, pollution presents another major problem — an increased risk of COVID-19 infection.

Research done by Harvard University found that the impact of COVID-19 would become deadlier with only a small increase in air pollution. For the study, the team analyzed air pollution and COVID-19 mortality rate statistics of about 3,000 American counties.

They discovered that just a 1 microgram per cubic meter rise in the PM 2.5 level would lead to an increase in COVID-19 deaths by up to 15 percent. As such, many people are concerned about how much damage the CCP virus might inflict on countries once the lockdowns end and businesses resume.