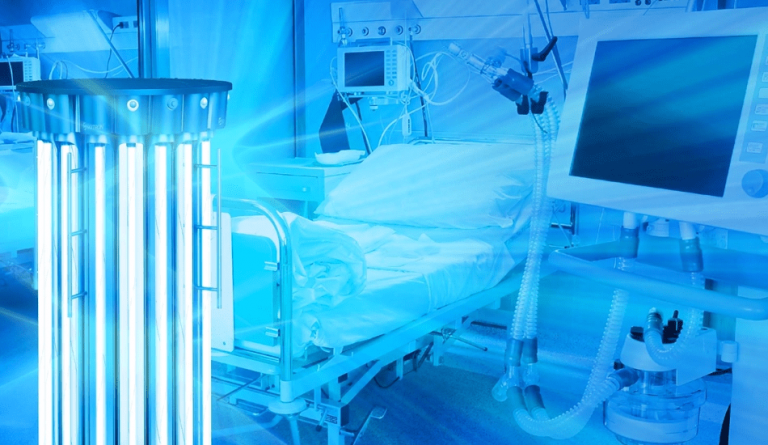 Ultraviolet (UV) light is being proposed as a possible weapon to eliminate the CCP coronavirus from potentially infected surfaces. (Image: Screenshot / YouTube)

U.S. President Donald Trump recently raised the possibility of using light to destroy the CCP virus. Though some people mocked the idea, research suggests that he might actually be right to an extent. Ultraviolet (UV) light is being proposed as a possible weapon to eliminate the CCP virus from potentially infected surfaces.

UV and the CCP virus

Sunlight is composed of three types of UV light — UV-A, UV-B, and UV-C. Of these three, UV-C is the light that is often used for disinfection purposes. Even before the COVID-19 pandemic, researchers had been studying the potential of UV-C as a cleansing agent of sorts. The viral outbreak has only generated more interest in the area.

In early April, a member company of UC Santa Barbara’s Solid State Lighting & Energy Electronics Center (SSLEEC) reported that UV light achieved 99.9 percent sterilization of COVID-19 in just 30 seconds. High-quality UV-C LEDs are usually made by depositing a film of the semiconductor aluminum gallium nitride (AlGaN) on a sapphire substrate. However, using silicon carbide instead of sapphire could improve the efficiency and performance of LEDs against the CCP virus.

“Sapphire is dissimilar structurally, and producing material without flaws and misalignments often requires complicated additional steps. Silicon carbide is not a perfect match… but it enables a high quality without the need for costly, additional methods. In addition, silicon carbide is far less expensive than the ‘ideal’ aluminum nitride substrate, making it more mass production-friendly,” according to Science Daily.

Xenex Disinfection Services from Texas has also succeeded in its test of the LightStrike robot against COVID-19. The robot emits a wavelength of 200 and 315 nanometers. The robot was found to be 99.9 percent effective in eliminating CCP coronavirus found in N95 masks. As such, people who use these masks will be able to better protect themselves by running them under UV radiation and disinfecting them.

However, it has to be noted that UV-C light can only be used on surfaces and not on human skin. If a person were exposed to UV-C, he could get sunburned in just seconds. If the eyes get exposed, it will be 10 times worse than looking at the sun. UV-C will essentially destroy our genetic material itself. Thankfully, the ozone layer filters out much of it.

Recent studies have shown that a new type of UV-C, called Far-UVC, has a shorter length than the regular UV-C and might be lethal against viruses without damaging human DNA. However, research on this is still in the early phase and the potential dangers will likely keep this solution out of the market unless it is deemed safe to be used on people.

Meanwhile, several companies around the world have announced the imminent production of potential CCP coronavirus vaccines. American company Moderna has entered into an agreement with Swiss company Lonza Group to manufacture 1 billion doses of their vaccine per year. The first batches of the vaccine are scheduled to be produced in July. AstraZeneca Plc is eyeing a year-end production capacity of 100 million doses of the vaccine being developed by the University of Oxford.

The Serum Institute of India, known as the largest vaccine maker in the world, announced that it will produce 5 million doses of the Oxford vaccine for the first six months. The University of Oxford does not expect to complete human trials until September. The Serum Institute wants about 20 to 40 million doses ready by that time and does not wish to wait for the results, taking the risk of loss on themselves. If the trials prove successful, production will be increased. The Institute plans to sell the vaccine in India for the affordable price of about US$13.