A New Way to Cook Potatoes 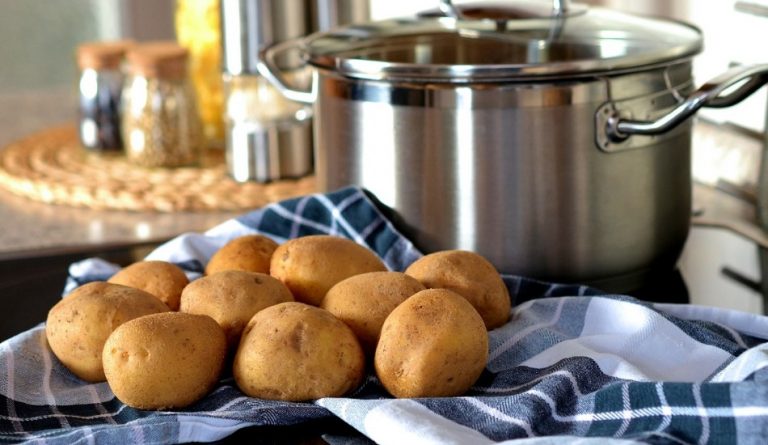 Potatoes are universally loved, whether eaten as French fries, mashed, or hashbrowns. America’s Test Kitchen, a popular cooking show, recently came up with a unique way of cooking potatoes that gives them an interesting flavor. They also created a recipe that uses the new cooking process.

What America’s Test Kitchen did with potatoes was to braise them. This cooking method ensures that the potatoes are browned and savory on the outside while creamy and tender inside. During the first try, the team simmered the potatoes until tender and roasted them in a pan with oil on high heat.

However, this process resulted in potatoes having scorched undersides and washed-out flavors. That is when the team realized that what they were doing was similar to”‘potstickers,” a popular Chinese dish. Potstickers are pan-fried jiaozi, also known as guotie or panstickers.

Potstickers are browned in fat right from the beginning before they are simmered in water and are browned once more. The people behind the show took inspiration from this and created this new way. The dish is basically braised red potatoes with lemon and chives.

First, cut the potatoes side down and arrange them in a single layer in a skillet. Add the water, garlic, salt, butter, and thyme. Bring it to a simmer at medium-high heat. Once it starts boiling, reduce the heat to medium, cover with a lid, and cook for about 15 minutes by which time the potatoes should be tender. Then, take off the lid and remove the garlic cloves from the skillet. Mince the garlic until it becomes a paste. Mix it with some pepper and lemon juice and keep it aside.

When the water in the pan evaporates and the butter starts sizzling, the potatoes should start to brown. Once they are spotty brown, turn off the heat. Add in the garlic paste and toss the dish thoroughly. The new dish is ready for you to consume. This recipe should serve about 4 to 6 people. Try it out and see how you like it. As a side benefit, eating potatoes comes with a host of benefits like better blood sugar control, improved digestion, and so on.

Take a bowl and combine pork, mushrooms, cabbage, green onions, garlic, ginger, white pepper, hoisin, Sriracha, and sesame oil. Place the wrappers on the work area and fill the center with one spoon of the pork mixture. Rub the edges of the wrapper with water and fold it in the shape of a half-moon while punching the sides so as to seal the edges well.