Pandemic Shakes Up the Partnership Between Wall Street and the CCP 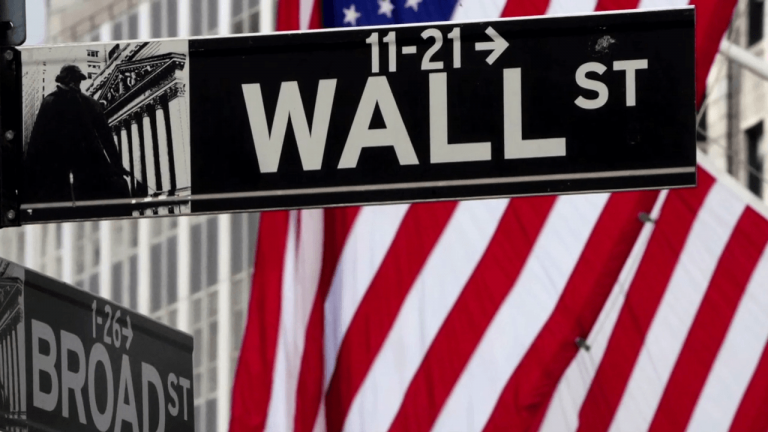 China will never be able to challenge the U.S. as the global financial center. (Image: Screenshot via YouTube)

Growing distrust of the Chinese government’s handling of the CCP virus pandemic should prompt Wall Street to rethink its dealings with China, hedge fund manager Kyle Bass says. Bass recently commented: “Ordinary Americans are starting to understand that the Chinese government is not trustworthy, they’re not our friends, and one could deem them to be our mortal enemy, and soon Wall Street’s relationship is going to have to change. And I think it’s happening now.”

Is this financial decoupling with Wall Street?

As the pandemic continues to wreak havoc on people and economies worldwide, that, plus the disruption to global supply chains, has forced companies to look at ways to reduce their dependence on China as a manufacturing base. So the process of “decoupling” from China’s Communist regime is being accelerated. But it remains to be seen whether American financial institutions will start disengaging with the regime.

Wall Street has maintained a close cooperative relationship with China, which has contributed to China’s economic development. Beijing’s recent move to open up its financial sector means that Wall Street is unlikely to disengage from China any time soon. In March, Morgan Stanley and Goldman Sachs became the latest foreign banks to receive Chinese regulatory approvals to take majority stakes in their Chinese securities joint ventures.

Even as the Chinese Communist regime hasn’t fulfilled its pledge to open up its banking sector since joining the World Trade Organization (WTO) in 2001, foreign banks “have nonetheless worked hard to grab a piece of the Chinese market,” said Frank Xie, associate professor for the School of Business Administration at the University of South Carolina Aiken.

Some Western firms have hired relatives of Chinese officials in an effort to win business in China. In 2016, JPMorgan Chase agreed to pay US$264 million in fines after hiring family and friends of high-level Chinese officials to gain access to banking deals — a practice that violated U.S. bribery laws. Credit Suisse and Deutsche Bank also paid large fines to U.S. regulators for similar practices.

Instances of fraudulent accounting at Chinese firms, with U.S.-listed Luckin Coffee being the latest high-profile scandal, also haven’t deterred investment firms, Xie said. “I think they know a lot of [Chinese] companies are fraudulent, and a lot of companies are not abiding by financial rules, reporting rules, and accounting rules,” he said.

Bass blasted U.S. financial firms and companies for ignoring the Chinese Communist Party’s human rights abuses in pursuit of the Chinese market. “And yet people like Blackstone can’t wait to invest another dollar in China.” Bass continued: “You know why? Because they just let money blind them … to the blatant human rights abuses of maybe one of the most tyrannical regimes that [has] ever lived. It’s crazy.”

Bass says that the first step toward remedying the situation would be to make Chinese companies listed on U.S. stock exchanges open their audit books to U.S. regulators. Any company that wants to list in the United States — regardless of whether it is from China or from anywhere else in the world — you have to adhere to the same standards as U.S.-listed companies do or face delisting. “Let’s just level the playing field — that’s not being punitive.”

U.S. public pension funds have also come under increasing scrutiny because of their investments in Chinese companies, including those that support the regime’s military, espionage, and human rights abuses. In recent years, global stock index providers such as MSCI and FTSE have added Chinese stocks to their global and emerging markets indices, allowing billions of dollars of U.S. investment to flow into Chinese equities.

One of the companies in the MSCI index is Chinese surveillance equipment maker Hangzhou Hikvision Digital Technology, which was placed on a U.S. trade blacklist last year because the company’s technology was being used for the repression of Uyghur Muslims in China’s western Xinjiang region.

“It is absolutely crazy for our military and federal employees to be indirectly contributing to China’s military operations — and what’s worse is that nearly all of these people are completely unaware of this situation,” Rep. Mike Waltz (R-Fla.) said in an April 24 statement.