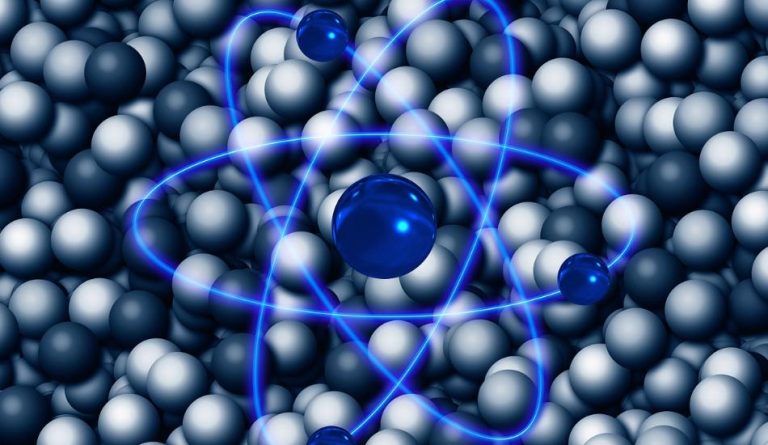 A team of researchers from the Xiamen University in China and the Jyvaskyla University in Finland have discovered a completely new way of creating functional materials (macroscopic crystalline) from 34-atom silver-gold intermetallic clusters. The metal clusters were synthesized through wet chemistry by adding silver and gold salts together with ethynyladamantane molecules to a mixture of methanol and dichloromethane, or chloroform.

The breakthrough in a new way of creating functional materials

During the experiments, all syntheses of the components resulted in the generation of the same 34-atom silver-gold clusters with the exact same atomic structures. What was surprising was that the use of dichloromethane and chloroform triggered the polymerization reaction and produced single crystals whose thickness was comparable to that of human hair. Toward the direction of the polymer, the crystals acted as semiconducting material. In all other directions, the crystals behaved as electrical insulators.

The unique reaction to the polymer stems from the metal-metal atomic bonding of the crystals. In the cross directions, the metal clusters get separated by a layer of ethynyladamantane, causing a change in behavior. Tests on the material showed that the electrical conductivity along the direction of the polymer was nearly 1,800 times compared to the cross directions. The experiment is an excellent example of how nanomaterials can be synthesized to form macroscopic material properties.

“We were quite surprised by the observation that the polymer formation can be controlled by simple means of changing the solvent molecules. We discovered this probably by good luck, but we hope that this result can be applied in future to design hierarchical nanostructured materials with desired functionality”, Professor Nanfeng Zheng from Xiamen University said, as reported by Eureka Alert.

Last year, a team of engineers and chemists from Carnegie Mellon University made a similar breakthrough by creating a new process that would enable the development of stretchable polymer composites with superior thermal and electrical properties. In the future, such technologies can be used to design “made-to-order” materials having properties specified by the clients. This would revolutionize fields like artificial skin, soft robotics, bio-compatible medical devices, and so on.

In India, scientists from the International Advanced Research Centre for Powder Metallurgy and New Materials (ARCI) recently developed a revolutionary product called “NanoBlitz 3D” in collaboration with Nanomechanics Inc., USA. The tool is said to be very useful in mapping out the nanomechanical properties of materials like composites, multi-phase alloys, and multi-layered coatings. It has been found to produce excellent results on materials like softwood, glass-fiber-reinforced polymer composites, shale, and dual-phase steels.

NanoBlitz 3D allows for thousands of high-speed nano-indentation tests to be conducted at a blazing speed. In fact, each indentation test only takes about a second and can measure the hardness and elastic modulus of any material. The tool can be used to rapidly ascertain structure-property linkages at micrometer length or higher scales.

In the future, this can aid in the development of hierarchical materials. Within just a few hours of testing, NanoBlitz 3D can generate over 10,000 data points that can be processed through machine learning algorithms.

ARCI was also in the news recently due to its contribution to the fight against COVID-19. It was part of a joint project to develop a UVC-based disinfectant trolley that would enable rapid cleaning of hospitals, shopping malls, airports, railways coaches, and other large-scale environments, thus minimizing the effect of the viral outbreak.