Race for Coronavirus Vaccine and Implications for China 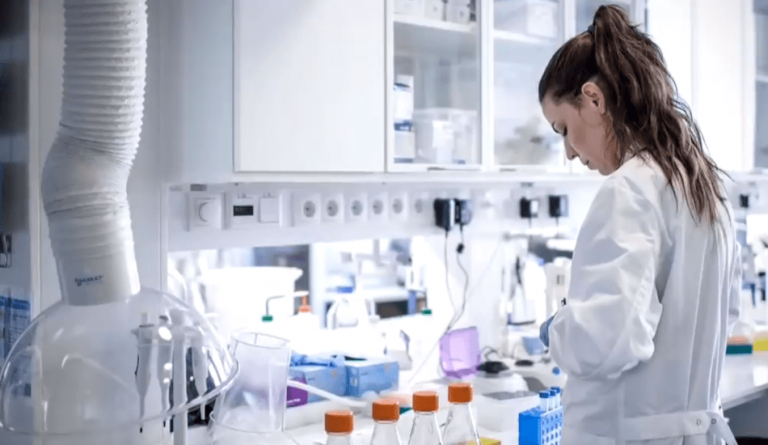 Scientists around the world are working day and night to develop a vaccine that can end the CCP coronavirus pandemic. (Image: Screenshot via Pixabay)

Scientists around the world are working day and night to develop a coronavirus vaccine that can end the CCP coronavirus pandemic. For China, the development of a COVID-19 vaccine is not just about saving the lives of its citizens, but also an opportunity to reposition itself in the international community after being criticized for causing the outbreak.

At present, there are hundreds of potential vaccine candidates globally. However, there will likely only be one winner. The one who develops a successful vaccine will take all the glory of saving the world as well as make lots of money. As far as geopolitics is concerned, a COVID-19 vaccine has triggered a kind of cold war between the U.S. and China, similar to the space race with Russia.

According to Bryan Mercurio, a law professor at the University of Hong Kong and an expert on drug patents, the Chinese government will try to persuade other countries to approve its vaccine first. The regime might do all it can to thwart the vaccine development of other countries since it desperately wants the title of “savior.”

“China will fast-track the approval process for one of its home-developed vaccines, while not fast-tracking a foreign-developed vaccine. In this way, the only vaccine which can be marketed and injected in China would be the Chinese-made vaccine,” Mercurio said to VOA.

Such an attitude was already on display after the viral outbreak went global. China went on a mask-gifting spree, sending thousands of facemasks to other countries in a bid to project itself as a responsible power. If the regime does develop the vaccine first, it is inevitable that Beijing will trumpet it through all its media outlets.

According to some experts, coronavirus vaccine development is being seen as some kind of an Olympic game in China where they have to come in first and win the gold medal. The CCP has poured a huge amount of resources into vaccine development, even deploying military scientists.

Beijing-based Sinovac Biotech Ltd., one drug maker that has developed a promising vaccine, has already started talking to regulators in other countries about conducting large-scale late-stage trials. Tianjin-based CanSino Biologics Inc. has collaborated with the Chinese military to develop a vaccine candidate and has submitted an application to carry out clinical trials in Canada.

If these ventures turn out to be a success, China will have a “soft-power” weapon in its hands. Even some of the countries that were loudest to criticize Beijing for its secrecy over the virus are likely to be mollified.

According to the FBI, Chinese hackers are apparently trying to steal COVID-19 vaccine research data and the U.S. government is expected to issue an official statement in the coming days. Some believe that the hacking attempts could trigger an officially sanctioned counterattack by American agencies that handle cyber threats, including entities like the National Security Agency and the Pentagon’s Cyber Command.

The FBI assessment follows a recent joint alert issued by the U.S. and the UK, which warned that hackers were targeting national and international COVID-19 responses. The hacking attempts were done by Advanced Persistent Threat (APT) groups using a “password spraying” technique. Personal information stored by academic institutions, medical research centers, local governments, etc., was targeted. APT groups are believed to be backed by countries like China, Iran, and Russia.