The Dragon Boat Festival: What You Need to Know 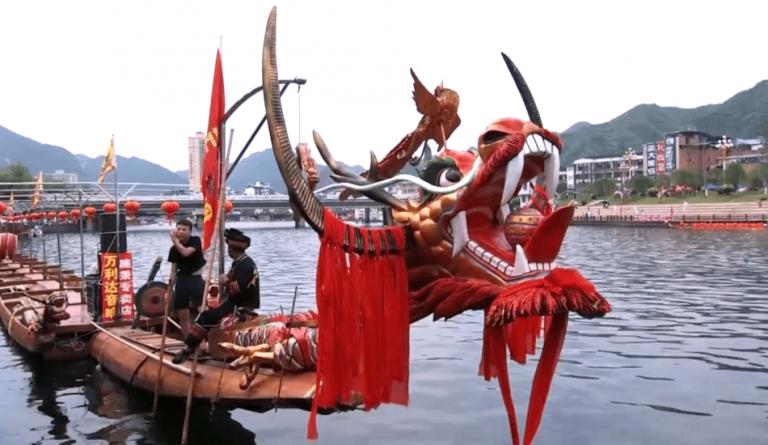 The Dragon Boat Festival is a traditional holiday from China that dates back almost 2,000 years. (Image: Screenshot / YouTube)

The Dragon Boat Festival is a traditional holiday from China that dates back almost 2,000 years. Since 2008, the festival has been a public holiday. The festival was created to honor an ancient hero. But now, one of the most popular activities held during the festival, dragon boat racing, has become a popular international sport that is practiced by about 50 million people from over 50 countries like Japan, the UK, Vietnam, Australia, and so on.

The Dragon Boat Festival started off during the Warring States period after the death of Qu Yuan (340-278 B.C.), one of the earliest poets of China and the minister of the State of Chu. Qu Yuan was vehemently opposed to the Qin Dynasty and actively worked toward preventing his country from falling to Qin domination.

However, Yuan faced strong opposition from the region’s aristocrats and was eventually exiled. When he heard that China was eventually conquered by the Qin, Qu Yuan jumped into the Miluo River and committed suicide. Local fishermen searched for his body up and down the river numerous times, only to return empty-handed. This eventually gave rise to the Dragon Boat Festival.

The use of dragon-inspired boats is not only a mark of respect toward Qu Yuan, but it also has a symbolic meaning. “In Chinese mythology, having control of the dragons gives you the power to control rivers and rainfall, one especially handy at the height of summer. Carving dragon heads onto the front of boats is a way to appease the river dragons and to prevent droughts while promising good rainfall for the rice harvest,” according to Timeout.

Current dragon boats are typically made from fiberglass that is injected with foam in order to boost buoyancy. Two styles of boats are typically used in races. The first one is around 30 feet long and weighs 374 pounds. It seats a total of 10 paddlers, one drummer, and one sweep. The second type is about 40 feet long, weighs about 550 pounds, and features up to 20 paddlers, a sweep, and a drummer. The best performing crews are able to row the dragon boats at speeds of over 12 miles per hour.

Paddles used in the race are usually 3.5 feet in length at a minimum. The longest paddle that can be used in official races is restricted to a length of 4 feet 3 inches. Training paddles are made of wood and weigh around 1.3 pounds. In contrast, paddles used for competition are made from carbon fiber and are generally lighter, with their weight starting at around half a pound.

The International Dragon Boat Federation regulates the guidelines for the manufacture of paddles. The style and size of paddles used will often change depending on where a person sits on the boat.

During the festival, people normally eat zongzi, a dish made from sticky rice with different fillings wrapped up in banana leaves to form a pyramid-shaped packet. In the Northern regions of China, people tend to eat sweet zongzi with red beans and dried jujube paste as the filling.

In the southern parts of China, zongzi is often filled with fatty pork and a paste made from green beans. People wear a scented sachet on this day, filled with aromatics. This is believed to ward off evil and welcome good fortune. There is also a tradition of hanging special plants on doors to discourage diseases. The Dragon Boat Festival is held on the fifth day of the fifth month of the Chinese lunar calendar. In 2020, the race is scheduled for June 25.