Greed Can Ruin a Person’s Destiny 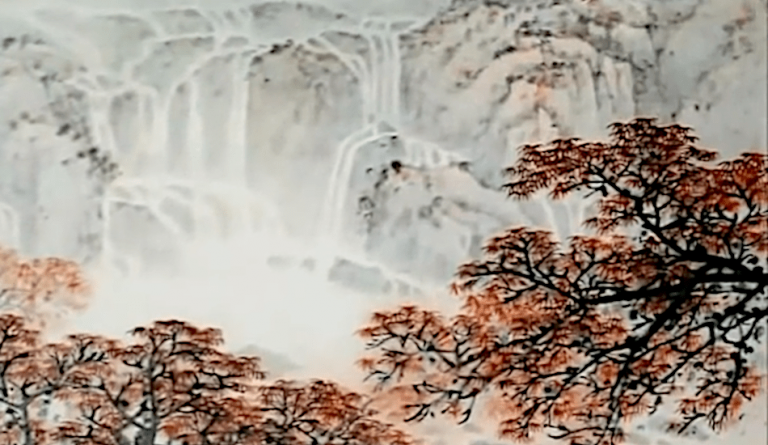 A painter wanted to take the Buddha and demons as subjects for his paintings, so he went about looking for people who resembled them. (Image: Screenshot via YouTube)

There is a legend about a once-famous painter and how greed destroyed a person’s destiny. He wanted to make the Buddha and demons the subjects of his paintings, but since he did not know what they looked like nor could he imagine what they looked like, he became very anxious.

One day, he met a monk by chance. The monk’s character and personality deeply moved the artist. The painter, therefore, promised the monk a lot of money if he would be a model for his painting.

Not long thereafter, the painter completed his painting of the Buddha. It became a sensation in the local community. The painter exclaimed: “This is the most satisfying painting that I have ever done. The person who was the model for the picture has a clear and serene look that can touch the feelings of people, making them think that he is a Buddha.”

The painter kept his promise and paid the monk a lot of money.

After some time, the painter wanted to paint a picture of a demon. This again became a problem. Where could he find the original form of a demon to take as his model? He found a lot of fierce-looking people, but none of them suited the criteria. It was really difficult to find a person in real life with the appearance of a demon. Eventually, he found one in prison. The painter was very happy.

The painter was taken aback and took a closer look at the prisoner. He then said: “How could it be possible? The person whom I painted as the Buddha had an extraordinary personality, but you look like a pure demon. How can you be the same person?”

The prisoner sadly said: “It was you who changed me from a Buddha to a demon! Since I got so much money from you, I spent a lot of time having fun and indulging in immoral deeds. After I spent all the money, I could no longer control my desires, so I robbed and killed people. I committed all kinds of bad deeds for money and the result is what I am today.”

The painter was filled with grief after listening to the prisoner’s misfortune. He marveled at how human nature can change so fast due to desires and how humans can be so fragile. Feeling remorse, he threw away his paints and brushes. From that day on, he never painted again.