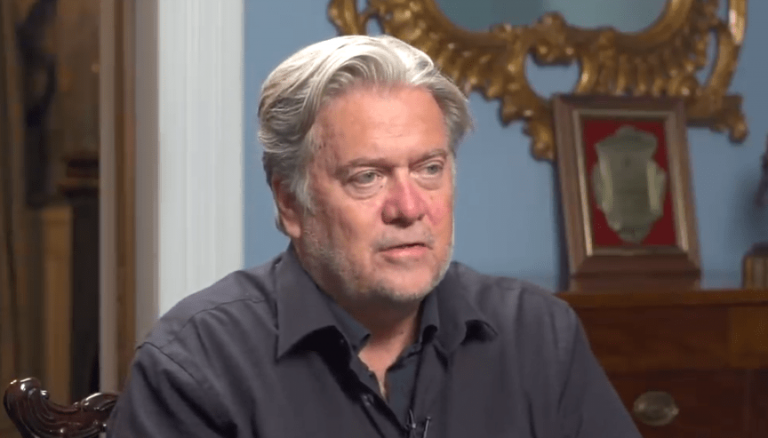 Steve Bannon recently commented that the tens of billions of dollars worth of personal assets of the Chinese Communist Party (CCP) leaders held in the United States should be seized to compensate the pandemic victims. (Image: Screenshot / YouTube)

The outbreak of the COVID-19 pandemic in the United States has caused at least 1.55 million people to be diagnosed with the disease, while over 91,500 people have died as of May 20. Steve Bannon, the former chief strategist of the White House, recently commented that the tens of billions of dollars worth of personal assets should be seized from Chinese Communist Party (CCP) leaders held in the United States to compensate the pandemic victims.

While talking about the issue of accountability and compensation for the pandemic in the live show War Room on America’s Voice News Network, Bannon proposed that the CCP leadership’s assets overseas should be frozen first because they own tens of billions of dollars of assets in the U.S., including real estate, stocks, and bonds. These could then be distributed as compensation to the families of the victims of the CCP virus.

Bannon said that all the China leaders are members of the CCP and wondered how they have such a huge amount of personal assets. The CCP is about to collapse, so the CCP leadership is nervous.

The CCP has realized that when people in the United States, Europe, Britain, India, Brazil, Japan, and other countries understand the truth of the pandemic, they will hold the CCP accountable for the crimes it has committed that started this pandemic.

Meanwhile, the CCP should also understand that now so many people in China are outraged about what the CCP has done and the large number of deaths caused by the pandemic. People in Wuhan are especially dissatisfied with the pandemic prevention measures taken by the CCP and the resulting death cases.

Bannon emphasized that the biggest victims of the CCP are the Chinese people, which is why the CCP’s response to various countries’ claims for compensation is so irrational. The official state media CCTV tried to brainwash the Chinese by telling them that Bannon is attacking the Chinese people and is hostile to China.

Bannon actually said: “You [the CCP] are wrong. All the people in the pro-Communist Western media listen to me. I have always said that the CCP is our enemy. Neither the Chinese people nor China, but the CCP is our enemy! The CCP looks shrewd, but it is essentially a group of gangsters. All those infiltrated by the CCP and those pro-communist people, what they did will be exposed eventually. Over time, all the truth will come out.

Bannon believes that when the United States and Western countries are filled with righteous indignation, everything will end, and there is absolutely no doubt this regime is going to fall.