CCP Virus: China Under Pressure to Write Off BRI Loans 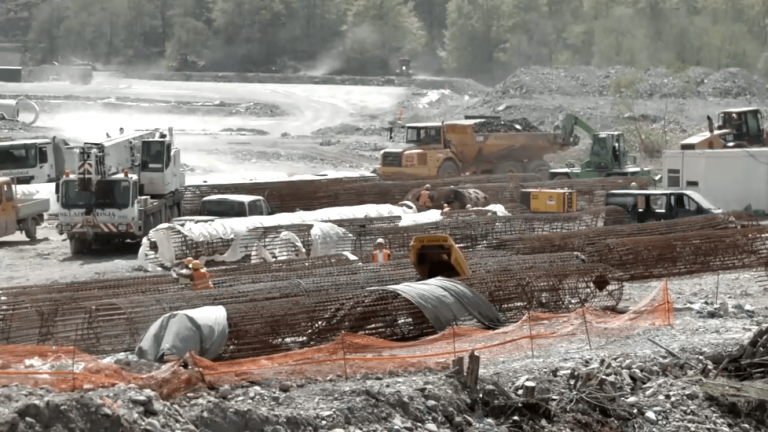 The Belt and Road Initiative (BRI) is a massive infrastructure project funded by Beijing that aims to solidify China’s leading role in international trade. To this effect, the Chinese government has loaned billions of dollars to participating nations. Since the CCP coronavirus outbreak, many of these countries have been pushed into financial distress, pressuring Beijing to consider writing off some of the BRI loans.

Over 130 countries are part of the BRI project according to an estimate, with most of them from Central Asia, Africa, and Europe. China sold infrastructure projects to these governments on the promise that they would bring economic prosperity. To fund the projects, China gave these nations loans.

In the past few months, work on many of the projects has been stalled due to the CCP coronavirus lockdown. In addition, economic activity has fallen significantly, tax collections have declined, and governments have pumped in a lot of money to fight the pandemic as well as support their citizens.

Plus, the value of these nations’ currencies has fallen, making repayments of dollar-denominated loans from China extremely expensive. Some countries had signed barter deals, according to which they will provide goods like oil in exchange for payments. However, since oil prices have fallen and production has declined, paying off loans in oil has also become expensive.

As such, it is no wonder that these countries are not in a position to repay the loans they have taken under the BRI initiative. Hence, the only course of action left is to pressure Beijing to write off the loans. Though the Chinese government won’t consider all write-off requests, it is highly likely that some will be written off.

“We suspect that China will eventually come around to rescheduling and forgiving some of the debts to BRI countries, especially for projects that are strategically important… Debt problems will be highly idiosyncratic, especially since China has strategic stakes in many of the transnational projects and also economic interest in ensuring the long-term success of the program,” Homin Lee, Asia macro strategist at Swiss private bank Lombard Odier, said to CNBC.

Beijing can also use the opportunity to project its magnanimity by pointing out how it “forgave” loans of struggling nations at a critical time. Since much of the lending has been done by banks that are tightly linked to Beijing, debt write-offs will potentially involve political dialogue as well.

At a recent hearing by the U.S.-China Economic and Security Review Commission, Chairwoman Carolyn Bartholomew warned that the U.S. and other major donors may end up having to foot the bill of Africa’s debts to China. One way that could happen is that African nations are forced to pay off Chinese loans, due to which they might seek additional debt relief from the World Bank and IMF, two organizations in which American taxpayers are the dominant stakeholders.

The outbreak of COVID-19 is poised to balloon the scale of global debt. World governments have already announced at least US$15 trillion worth of stimulus programs, which will largely be funded through loans. And more are on the way.

According to the Institute of International Finance (IIF), the global debt to GDP ratio will likely increase by 20 percentage points to 342 percent this year. The number has been arrived at after considering a doubling in government borrowing this year coupled with a 3 percent economic contraction.

U.S. federal debt taken by the public is expected to rise by almost 100 percent of GDP this year according to Deutsche Bank. The last time this happened was during the 1940s. In 2019, the ratio was at 79 percent. During Q2, 2020, the U.S Treasury’s borrowing might total around US$3 trillion, which is over 5 times the previous record.