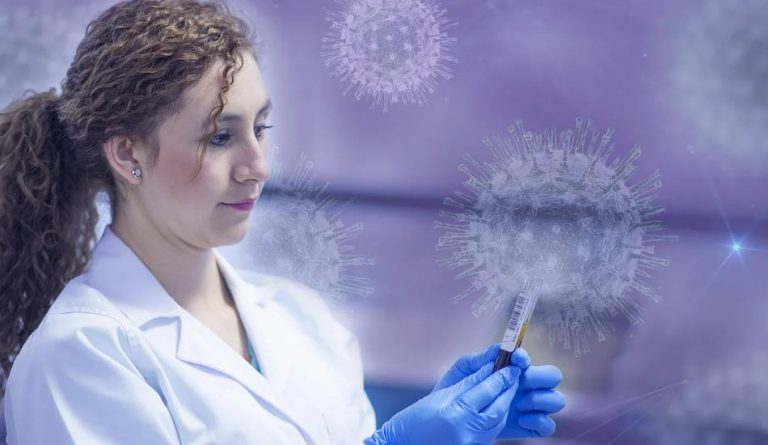 Beijing is attempting to steal American research on the CCP coronavirus. (Image: fernandozhiminaicela via Pixabay)

Pompeo’s rebuke follows the Department of Homeland Security’s Cybersecurity and Infrastructure Security Agency (CISA) and the FBI’s warnings that revealed that cyber actors linked to China were accessing IP and public health data regarding treatments, vaccines, and testing reports related to COVID-19. The two agencies warned U.S. entities conducting research on the CCP coronavirus to boost their cybersecurity so as to keep research material away from hackers.

The agencies advised staff members to patch systems to plug critical vulnerabilities and actively scan web applications for any signs of unauthorized access or abnormal activities. Users who exhibit unusual activity in accessing information should be suspended. John Hultquist, senior director of analysis at Mandiant Threat Intelligence, stated that information regarding COVID-19 has become the top priority for intelligence agencies worldwide. As such, public and private sector entities should expect aggressive attacks on their networks.

“Biomedical research has long been at the heart of something the Chinese have wanted and something they have engaged in economic espionage to get… It would be crazy to think that right now, the Chinese were not behind some of the cyber activity we’re seeing targeting U.S. pharmaceutical companies and targeting research institutes around the country that are doing coronavirus research, treatments, and vaccines,” John Demers, assistant attorney general for national security, said to CNBC.

Pompeo called the theft an extension of the communist regime’s counterproductive actions during the CCP virus pandemic. He pointed out that the U.S. and its allies are working to create a collective response to the disease while Beijing is busy silencing doctors, journalists, and other experts, thereby worsening the crisis.

He accused Beijing’s lack of transparency as one of the primary reasons why the COVID-19 pandemic has become so damaging. China has denied access to some of the CCP coronavirus samples that America has asked for, which U.S. epidemiologists and researchers need to potentially find a cure.

Previously, the UK and U.S. had issued a joint alert that countries were being targeted for their COVID-19 research. Though they did not accuse any country at that time, it is believed that China, Iran, and Russia were among those found responsible.

According to Bill Evanina, director of the U.S. National Counterintelligence and Security Center, America loses almost US$400 billion every year due to Chinese theft of U.S. IP. At present, a vaccine for COVID-19 is almost the holy grail of the medical community. As such, Beijing will likely use all tricks in its bag to acquire more knowledge about the virus by any means possible.

Senator Thom Tillis recently introduced an 18-point plan to counter Beijing for the pandemic that has pushed the world into chaos. One of the main suggestions is to move American manufacturing away from China and to strengthen military ties with favorable nations like Vietnam, Taiwan, and India. The senator urged the administration to create a Pacific Deterrence Initiative and to encourage Japan to rebuild its military.

Preventing China from stealing American technologies and providing incentives to local companies was pointed out as a way to solidify U.S. tech dominance. Thom asked that the U.S. coordinate with its allies to implement a global ban on Huawei. The 18-point plan also talked about seeking restitution from the Chinese government, as well as imposing sanctions on those who lied about the virus.

The senator wants the Trump administration to put pressure on the International Olympic Committee to withdraw from the upcoming Winter Olympics in Beijing scheduled for 2022.