What You Need to Know About the Chinese Dance ‘Water Sleeves’ 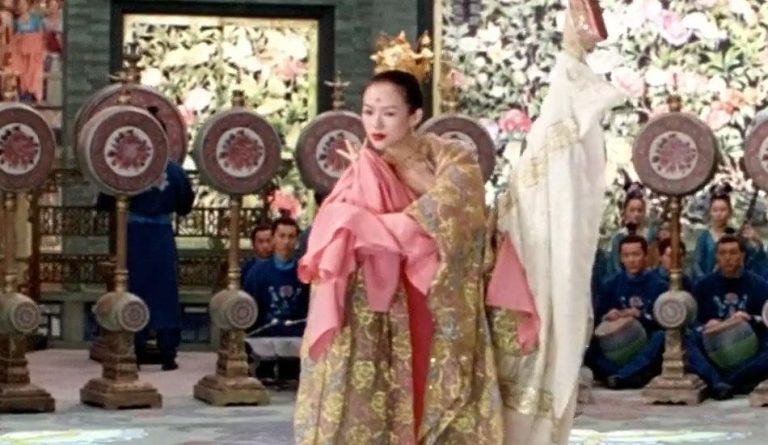 A popular water sleeve dance sequence is depicted in the Chinese movie 'House of Flying Daggers.' (Image: Screenshot via YouTube)

In traditional Chinese dance, water sleeves refer to extensions to the cuff of garment sleeves. Their name comes from the fact that the performers use the water sleeves to create movements that remind one of flowing, whirling water. For a dancer, mastering water sleeves techniques takes a lot of effort and time.

Long sleeve dance in China first started appearing during the Zhou Dynasty period (1046 to 256 BCE). However, it was during the Ming Dynasty (1368 to 1644 CE) that water sleeves began to be prominently featured in theaters. Initially, the water sleeves were made of regular cloth. But soon, silk was preferred. In Confucianism, extra-long sleeves are associated with moral conduct. As far as a dancer is concerned, the water sleeves allow them to perform beautiful and enchanting hand movements that would be impossible with just normal sleeves.

“Water sleeves [are] a functional extension of the ordinary sleeves of an actor’s robe, as much as two feet long, and the sweeping pheasant plumes of six to seven feet, worn in pairs and attached to certain headdresses. These [water sleeves] are manipulated while being held between the first and middle fingers of each hand,” author A.C. Scott writes in the International Encyclopedia of Dance, according to Facts and Details.

To perform the water sleeves movements, dancers are required to move their bodies in an exaggerated way. As such, they need excellent inner strength. Mastering the movement of these sleeves allows a dancer to convey various emotions like joy, sorrow, innocence, sadness, etc., with greater impact, thereby enthralling the audience. Various sleeve gestures are used by performers to convey emotions.

Water sleeves wigwagging in front of a performer’s face indicate that the character is in an enjoyable mood. A hand pulling the water sleeve indicates bowing or politeness. When a hand pulls a water sleeve to cover the face, it signals shyness or sadness. One of the most popular water sleeve dance sequences in the world is depicted in the Chinese movie House of Flying Daggers in which the lead female character repels an attack of stones while dancing with water sleeves.

Water sleeve dances are just one aspect of Chinese dance culture. Being a vast country with a long history, China is home to numerous beautiful dance forms. One of the most popular and well-known dance forms is the dragon dance. You can see it during the Chinese Spring Festival celebrations held all over the world. The dragons featured in the dance can extend up to 100 meters long. Dancers hold the dragon using joints, twisting, and prancing it while moving along a street or stage.

The sword dance has roots in the martial arts traditions of China. It was initially created as a sort of training exercise for soldiers. However, it soon became a dance form filled with acrobatic movements. On most occasions, the sword will feature a tassel attached at its end. This is what gives the sword a mesmerizing quality when the performer moves it around. The sword dance is one of the four classical dances that are performed during traditional Chinese opera.

Many ethnic dance forms have been suppressed by the Chinese Communist Party as part of its “unification” agenda. In modern times, Shen Yun Performing Arts has popularized Chinese dance on the international stage.