Mississippi Delta Marshes in a State of Irreversible Collapse 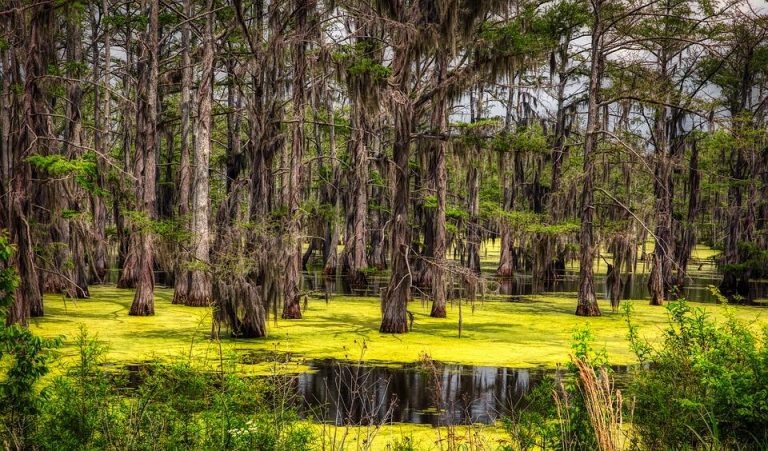 The researchers found that in the Mississippi Delta, most marshes drown in a few centuries once the rate of sea-level rise exceeds about one-tenth of an inch per year (3 mm/yr). (Image: via pixabay / CC0 1.0)

Given the present-day rate of global sea-level rise, remaining marshes in the Mississippi Delta are likely to drown, according to a new Tulane University study. A key finding of the study, published in Science Advances, is that coastal marshes experience tipping points, where a small increase in the rate of sea-level rise leads to widespread submergence.

The loss of 2,000 square miles (5,000 km²) of wetlands in coastal Louisiana over the past century is well documented, but it has been more challenging to predict the fate of the remaining 6,000 square miles (15,000 km²) of marshland. The study used hundreds of sediment cores collected since the early 1990s to examine how marshes responded to a range of rates of sea-level rise during the past 8,500 years. Torbjörn Törnqvist, lead author and Vokes Geology Professor in the Tulane Department of Earth and Environmental Sciences, said:

“Previous investigations have suggested that marshes can keep up with rates of sea-level rise as high as half an inch per year (10 mm/yr), but those studies were based on observations over very short time windows, typically a few decades or less.

“We have taken a much longer view by examining marsh response more than 7,000 years ago, when global rates of sea-level rise were very rapid but within the range of what is expected later this century.”

“The scary thing is that the present-day rate of global sea-level rise, due to climate change, has already exceeded the initial tipping point for marsh drowning. And as things stand right now, the rate of sea-level rise will continue to accelerate and put us on track for marshes to disappear even faster in the future.”

While these findings indicate that the loss of remaining marshes in coastal Louisiana is probably inevitable, there are still meaningful actions that can be taken to prevent the worst possible outcomes. The most important one, Törnqvist said, is to drastically curb greenhouse gas emissions to prevent sea-level rise from ramping up to rates where marshes will drown within a matter of decades.

The other one is to implement major river diversions as quickly as possible, so at least small portions of the Mississippi Delta can survive for a longer time. However, the window of opportunity for these actions to be effective is rapidly closing, he said. Törnqvist conducted the research with Krista Jankowski and Juan González, who received their Ph.D. degrees at Tulane under his supervision, and Yong-Xiang Li, a former postdoc in his group.

Justin Lawrence of the National Science Foundation, which provided funding for the study, added:

“The effects of marsh loss are a serious public concern in coastal regions of the United States and elsewhere, and this study could lead to better management decisions that curtail those effects.”

Provided by: Barri Bronston, Tulane University [Note: Materials may be edited for content and length.]