7 of the Most Beautiful Manmade Structures in the World 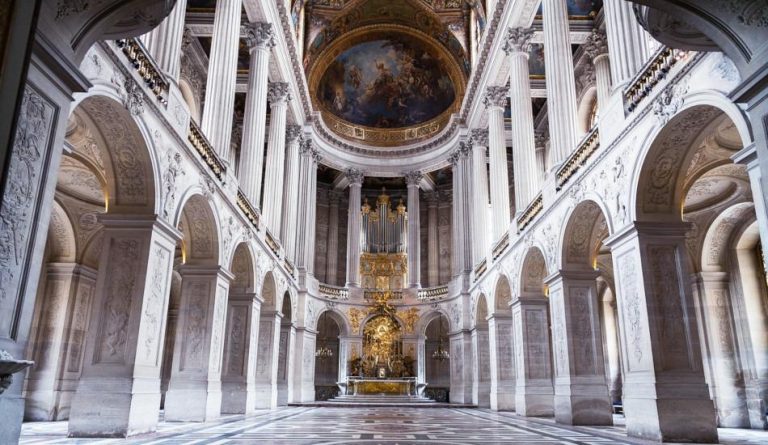 Over the past several centuries, human beings have crafted numerous stunning pieces of architecture, including the Palace of Versailles in France. (Image: iankelsall1 via Pixabay)

Man finds beauty in two things — that which nature has created and that which he has created. Over the past several centuries, human beings have crafted numerous stunning manmade structures.

7 of the most beautiful manmade structures

The Sydney Opera House is the most iconic structure in Australia and is a prime example of 20th-century architectural beauty. The opera house has been designed in such a way that it seems to burst forth, evoking an emotion of grandeur and awe. The roof of the shells is covered with over a million Sydney tiles, which is a unique material made from combining crushed stone and clay.

The Taj Mahal in India is said to be the most beautiful tomb ever created in human history. Built in the 1600s by Emperor Shah Jahan for his deceased wife Mumtaz Mahal, this manmade structure is considered the architectural epitome of love. The tomb took almost 20 years to complete and was built using white marble that reflects the sun’s changing colors. As such, the best time to visit the structure is at sunset.

Located in Cambodia, Angkor Wat is the largest temple in the world and features numerous decorations of Hindu and Buddhist iconography. Since it has been abandoned for a long time, the atmosphere of the ruins gives visitors a magical feeling, as if they are on the set of an adventure movie like Indiana Jones. Spread across 154 square miles, Angkor Wat was built in 1150 by the Khmer empire. The walls feature stunning carvings of almost 3,000 heavenly nymphs.

When you think of a church, this might be the last structure that comes to your mind. But you cannot deny how amazing the St. Basil’s Cathedral of Russia is. This manmade structure basically looks like something straight out of Disneyland with its cotton-candy, cupcake vibe. The rich colors give the structure a magical aura. The cathedral was completed in 1561 by Ivan the Terrible and is located in Moscow’s Red Square.

The Kailasa Temple of Ellora, India, is the most remarkable cave temple anywhere on earth. The entire temple is a megalith, meaning that it was carved from a single rock, from top to bottom. Given that it is estimated to have been constructed in the 8th century AD, the engineering knowledge required to pull off such a feat of architecture is truly marvelous.

Completed in 1986, the Hallgrímskirkja, or church of Hallgrímur, is located in Iceland and looks as if the structure is rising out from the earth, reaching toward the sky. Its standout feature is the massive pipe organ.

“Standing tall at an impressive 15 m [49.2 feet] and weighing a remarkable 25 tons, this mechanical action organ is driven by four manuals and a pedal, 102 ranks, 72 stops, and 5,275 pipes, all designed to reproduce powerful notes capable of filling the huge and holy space with a range of tones — from the dulcet to the dramatic,” according to Visit Reykjavik.

The Palace of Versailles in France is one of the grandest in Europe. It was originally built as a hunting lodge. With construction beginning in 1661, King Louis XIV kept expanding it until his death in 1915. The Hall of Mirrors is a famous room in the palace, featuring 357 mirrors. Adding to the palace’s beauty are the extraordinary royal gardens.