Why Raw Milk Cheese Is Restricted in the US 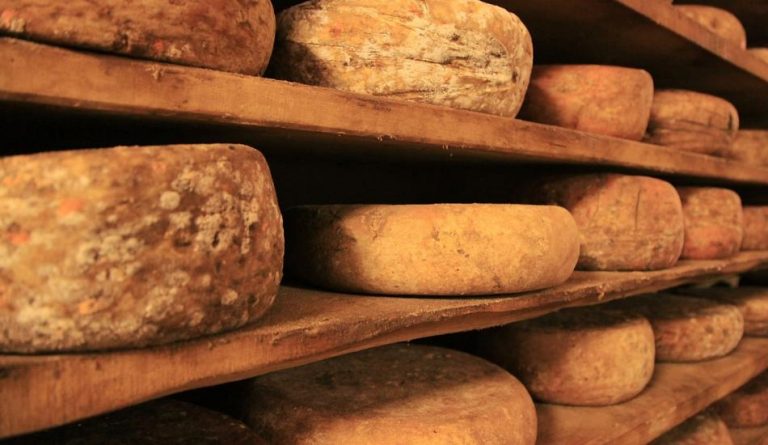 Raw milk cheese is made with milk that has not been subjected to the pasteurization process. According to USDA food consumption laws, raw milk cheese is prohibited for sale unless it has been aged for a minimum of 60 days at a temperature of 35°F. Some see this law as completely unnecessary since a number of countries do allow raw milk cheese to be sold in the market without restrictions.

The 60-day law is aimed at protecting consumers from harmful bacteria that might potentially be present in raw milk. After 60 days, the salts and acids in raw milk naturally prevent the growth of microbes like E. coli, Salmonella, and Listeria.

According to a study, the chances of contracting listeriosis, a foodborne disease, is much higher when eating cheese made from raw milk than from those made from pasteurized milk. Organizations like the American Academy of Pediatrics recommend that children, pregnant women, and people with weak immunity avoid raw milk cheese to protect themselves against bacterial infections.

During pasteurization, the raw milk is heated to about 161°F and is then cooled to 40°F. The good news is that pasteurization does not affect the nutritional value of milk and neither does it negatively affect the potency of the health benefits. However, cheese made from pasteurized milk pales in comparison to raw milk cheese when it comes to flavor.

This is because pasteurization also ends up killing the good bacteria that are responsible for infusing cheese with natural flavors. Some types of cheese only require a month or so to be properly aged. If you age them further, their texture and depth of flavor suffer.

America can take inspiration from Europe where raw milk cheese is allowed in the market with no extra restrictions. European cheeses get tested for harmful bacteria before they are approved for sale. If such testing standards were followed, the U.S. could potentially get rid of the 60-day rule for raw milk cheese.

The downside is that if a batch of milk or cheese were to be found contaminated, then all of it would have to be discarded. This is what prevents American cheese businesses from following European test standards. They would rather pasteurize the milk and ensure that they do not have to suffer any waste.

Even with pasteurization, there is no guarantee that the cheese will be free from harmful microbes. Some studies have discovered that most of the milk-related illnesses actually came from milk or milk products that have been pasteurized. Food scientist Catherine Donnelly believes that the FDA purposefully overlooks these findings as it is being influenced by industrial cheese-making companies. She favors small businesses over corporations when it comes to ensuring the safety of cheese.

“A small-scale producer has much more control over the safety of that process than some of these large-scale industrial plants, where there are lots of post-pasteurization processes like shredding, and cutting, and repackaging, and lots of opportunities for exposure to contamination.

That’s why we see more outbreaks associated with industrially processed products, as opposed to artisan,” Donnelly said to Eater. At present, American citizens have no option but to settle for pasteurized or 60-day aged raw milk cheeses. And the regulation looks like it will be staying with us for a long time to come.