The Fairy Cave and the Buddha’s Hand Cave in Taiwan 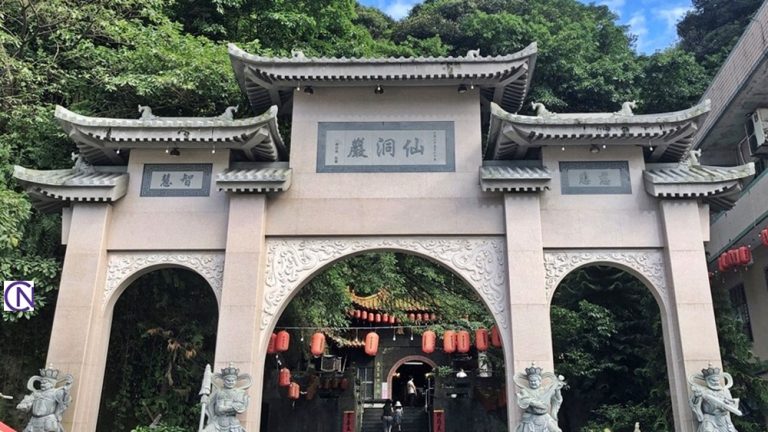 The entrance of the Fairy Cave in Keelung City. (Image: Billy Shyu / Nspirement)

The Fairy Cave (仙洞巖) and the Buddha’s Hand Cave (佛手洞), as their names suggest, are two mysterious caves nestled in a small village across from Keelung Harbor’s Container Center in northern Taiwan’s Keelung City. They were exquisitely eroded into cliffs by seawater, and are in fact the finest works of art created by Mother Nature.

The ‘One-Line Sky’ of the Fairy Cave

Please watch the following video of the Fairy Cave and the Buddha’s Hand Cave in Taiwan’s Keelung City.

With a majestic marble-slab archway in front of the entrance, the Fairy Cave is a Y-shaped cave. Its side chamber on the left is just behind the cave’s entrance and is referred to as the “One-Line Sky (一線天).” It is over 80 m (262 ft) long and is the longest of its kind in Keelung.

It is a narrow and tight passage between two huge rocks, where its ceiling looks like a single line. This side chamber is so narrow that it allows only one average person to maneuver through at a time, and at most 10 people can enter this chamber at the same time. After passing the narrow section, a tiny square suddenly appears as if it were a veritable fairyland.

To edge through the narrow “One-Line Sky,” one must lower one’s body and sidle forward for over 30 m (98ft), lest one is prone to hit the rock above the head. So it’s especially strenuous and troublesome for those who are bigger in size to explore this narrow chamber. It’s not uncommon to hear kids or other cowardly visitors screaming during the journey.

The main chamber of the Fairy Cave

The main chamber directly starting from the entrance is rather wider but not so deep. On the walls of the cave, there are some carvings of legendary deities and Chinese calligraphy inscribed during the Qing Dynasty, creating the ambiance of the Dunhuang Caves (敦煌石窟). At the end of the chamber, there is a rather spacious square where the statues of Buddha and some other legendary deities are enshrined for visitors to worship.

Legend has it that Fairy Cave was so named because it was the spot where a sentient being successfully cultivated himself into an immortal and ascended to heaven. Additionally, the cave was the spot that the French troops landed in northern Taiwan and captured Port of Keelung in October 1884 during the Sino-French War.

The Buddha’s Hand Cave is composed of about 10 chambers of various shapes. Some are narrow and parallel to each other, while others are spacious like a tiny square. This cave is so complicated that it is seemingly a labyrinth. Fortunately, they are not very deep, so that visitors will not get lost inside.

In the old days, the Buddha’s Hand Cave was inhabited by locals and was once an air-raid shelter during the Japanese colonial period and World War II. As it was formally open to the public in recent years after the local government repaired the path with stairs leading to the entrance, this amazing cave is nearly in its pristine state, without any carvings or manmade installations inside.

What’s more striking is that at the inner end of one of the chambers, there is a natural concave with a handprint of five fingers on the ceiling. Because it resembles Buddha’s hand, the cave was so named. It is a pity that the rocks of two fingers collapsed, but visitors can still clearly identify the Buddha’s hand from the shape of the palm and the remaining three fingers. 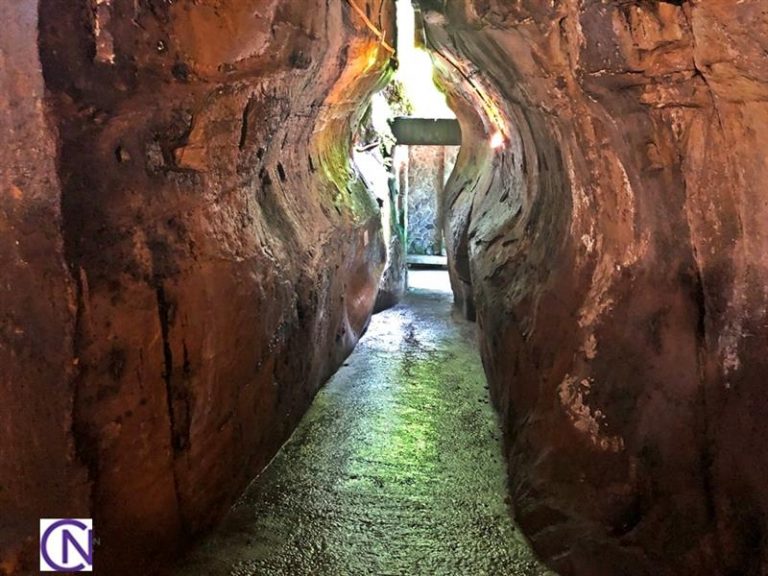 These two caves used to be one of the best spots for listening to the amazing echo of waves, and they were regarded as one of the eight most striking sceneries in Keelung.