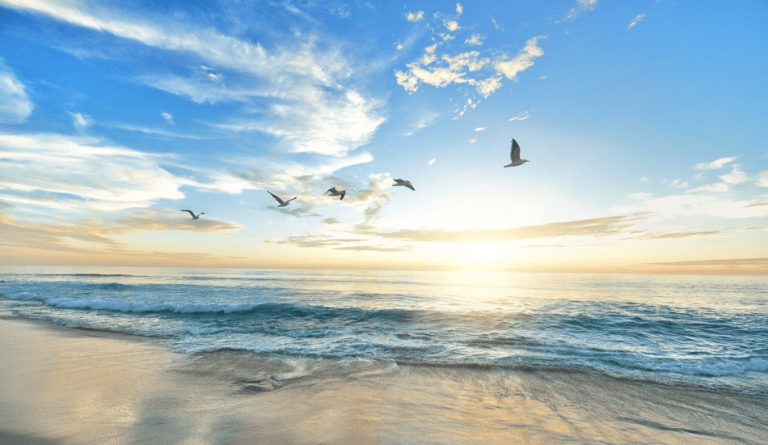 Immerse yourself in the sounds of nature thanks to the efforts of a group of professional nature recordists from around the globe. (Image: via pixabay / CC0 1.0)

Living in a bustling city can cut you off from the beauty of a natural environment. If you are someone who misses the sounds of nature, you can now ease those feelings to a good extent by using the Nature Sound Map website. The site features numerous sounds recorded from some of the best natural environments found around the world, featuring the pulsating chorus of a tropical rainforest in Borneo, birdsong melodies of an alpine meadow, a climb up the Himalayas, and many more.

The sounds of nature on the website are sourced from more than 90 nature sound recording experts who have collaborated for the project. Most of the recordings are binaural soundscapes, meaning that they are stereo recordings from two microphones that have captured the sound in 360 degrees. As such, the recordings will give you a realistic experience of the various environments, as if you are standing right in the middle of it.

However, you will need a good pair of headphones to fully take advantage of the high-quality recordings and hear every sound that’s been captured. It is better if you hear the sounds at lower volume levels rather than blasting the recordings at full strength. For instance, imagine that you are visiting a forest. The sounds of a waterfall or birds chirping do not overwhelm the other noises. Instead, they blend together. As such, hearing the sounds at a volume at which they are as realistic as possible will give you the best immersive experience.

Navigating the website is pretty easy. Just visit Nature Sound Map and you will be shown a map of the world dotted with numerous green icons. Click an icon and a window will pop up that gives you information about the location, habitat, and other details of the sound that has been captured. If you wish to hear it, just click the “Listen” tab located inside the pop-up. You can add your favorite sounds to a playlist.

Hearing nature sounds has been found to trigger a positive attitude in people when they are faced with the challenges of day-to-day life. One study found that such people experience a huge drop in stress and tension. What is surprising is that the feeling of relaxation experienced by people who hear recorded nature sounds can even be of the same magnitude as that experienced by people who actually spend time in nature. Hearing natural sounds also tends to shift the heartbeat as well as the nervous system.

“When exposed to nature sounds, the individuals registered a decline in the sympathetic responses of the body and, respectively, an increase in the parasympathetic response, the one that is responsible for unconscious acts such as breathing, digestion after a meal, and even preparing the body for a nap… the exposure to nature sounds enhances the body’s ability to ‘disconnect’ and let go of its natural ways of response, relaxing the central nervous system and allowing you to truly get connected with your inner peace,” according to Blue Green Tomorrow.

One study found that listening to nature sounds can physically alter the connections in your brain, minimizing the fight-or-flight response natural to your body. Artificial sounds were seen to trigger inward focus while sounds of nature made the participants in the study focus externally. The reaction times of the subjects were also observed to be slower when they were exposed to artificial sounds.