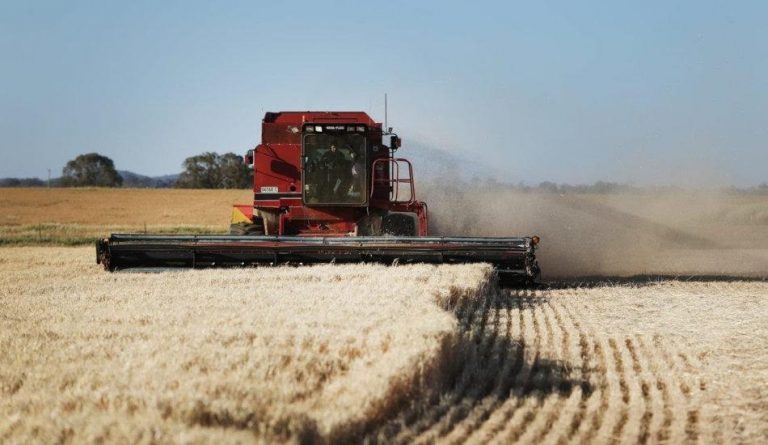 Australia asked that an inquiry be conducted to determine the origin of COVID-19 and shortly after, Beijing responded by increasing tariffs on Australian barley imports. (Image: Screenshot / YouTube)

The relationship between China and Australia has been quite tense since the CCP coronavirus outbreak. When Australia asked that a proper inquiry be conducted to determine the origin of COVID-19, Beijing became furious, possibly because they’re worried that something about the outbreak they wish to keep hidden might come to light. As a punitive measure, China has increased tariffs on Australian barley imports by more than 80 percent.

The new tariff comprises two segments — a 6.9 percent anti-subsidy tariff and a 73.6 percent anti-dumping tariff. The Chinese administration announced that the new tariff on Australian barley was implemented after conducting a 16-month investigation into an anti-dumping complaint. The investigation apparently found that the domestic barely industry had suffered massive losses due to Australian businesses dumping barley on China.

However, experts believe that this is mere propaganda and that the barley tariff is retaliation against Australia’s demand for a COVID-19 investigation. Just a week prior to announcing the barley tariff, China banned meat imports from four Australian companies. Beijing is also believed to be considering subjecting items like oatmeal, dairy, wine, seafood, etc., to additional tariffs, stringent quality control tests, customs delays, anti-dumping tests, and so on.

Australia’s barley trade with China is believed to make up almost 50 percent of all barley exports. As such, the new higher tariff will hit Australia’s farmers quite hard. Barley producers rejected China’s charges of dumping and are worried that rural economies might end up losing up to US$500 million annually. A recent survey found that Australians are viewing their trade relationship with China less favorably and want their administration to stand up to the Chinese government.

“Australia is deeply disappointed with China’s decision to impose duties on Australian barley… We reject the basis of this decision and will be assessing the details of the findings while we consider the next steps… We reserve all rights to appeal this matter further and are confident that Australian farmers are among the most productive in the world, who operate without government subsidy of prices,” Australian trade minister Simon Birmingham said, as reported by 7News.

Businesses are hoping that the China-Australia Free Trade Agreement (ChAFTA) signed in 2015 will somehow block any further escalation of a trade conflict between the two countries. According to ChAFTA, almost 90 percent of exports from Australia are allowed to enter China tariff-free. If China does not honor this, then Australia has the full right to complain under the Free Trade Agreement. However, ChAFTA does not provide any protection against anti-dumping tariffs.

To counter China’s growing influence in the Pacific, Australia has decided to broadcast its TV shows in the region. Under a US$17.1 million government project, shows like Masterchef, Border Security, The Voice, and Neighbors will be played on Pacific TV channels soon. According to a 3-year plan, almost 1,000 hours of Australian content is being made available completely free of charge in seven Pacific countries.

China’s media investment in the region is mostly a bid to woo the numerous countries in the area to its side, something that can play a crucial role in the UN. Unlike Australian programs that are mostly focused on entertainment, Chinese shows tend to focus on how China is presented to the people, promoting a communist-approved version of Chinese martial arts, medicine, and culture.