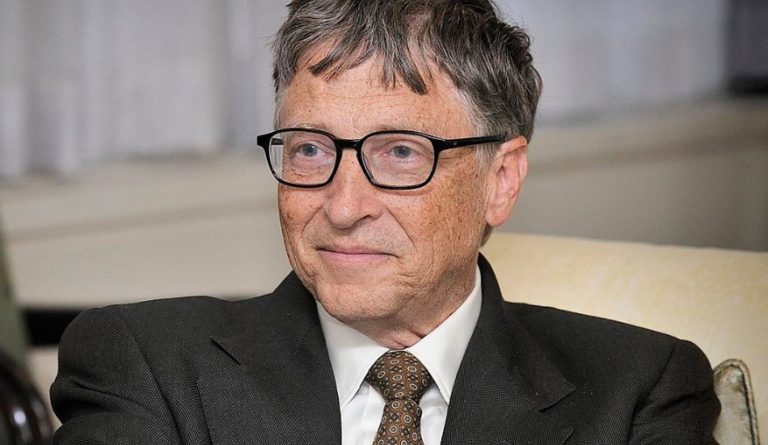 Bill Gates has commented in support of the Chinese government policies regarding COVID-19. (Image: Wikimedia / CC0 1.0)

In an interview with CNN, tech mogul Bill Gates praised the Chinese government for its role in dealing with the COVID-19 outbreak. The billionaire’s stance is in complete contradiction with most analysts who blame the communist regime for worsening the outbreak through secrecy, censorship, and delayed response.

Bill Gates argues that Beijing should not be held responsible for the viral outbreak. In the interview, he says that the communist regime did many things “right at the beginning.” He also had some sharp words for people criticizing the Chinese Communist Party for not being honest about the pandemic, indicating that such a course of action is somehow okay.

“Sure, they should be open, but what is it that people are saying they’re not being open about? Every country has a lot you can criticize… Most people, whenever something new comes along, they take their classic criticisms of that country and just repeat them. But here we should get concrete. I don’t see any deep insights that are missing in terms of the origin of the disease that somebody is holding something back,” he said, as reported by Breitbart.

The billionaire went on to criticize the U.S. government, saying that the administration failed in conducting quick tests. It is surprising that Gates praises the communist regime on one hand while downgrading the American government despite the fact that Beijing is well known to have quashed information of the viral outbreak for some time, thereby making the situation grave. A study by the University of Southampton found that if Beijing had conducted interventions at least 1, 2, or 3 weeks earlier, then the number of infections could have been reduced by 66 percent, 86 percent, and 95 percent respectively.

In short, China is guilty of causing thousands of deaths due to its delayed actions and secrecy over the outbreak. The fact that Gates wants us to overlook this is quite outrageous. Criticism of the American government makes his viewpoints even more troublesome given how much the U.S. economy is reeling due to the outbreak. Millions of Americans are out of work and 1 in 5 kids are estimated as not receiving enough to eat.

These are things that could have been prevented had the Chinese government been honest about the outbreak instead of trying to conceal it. Beijing even threatened doctors, journalists, and citizens who were aware of the outbreak and wanted to warn the world. The communist regime picked up on Gates’ statements and used it as propaganda to brainwash Chinese citizens on how their government has been doing “all it can.” Bill Gates’ wife Melinda Gates gave the American government a “D-minus” score for its COVID-19 response.

In April, Bill Gates had suggested a controversial proposal according to which people who are vaccinated against the CCP virus would be given digital certificates. The Bill and Melinda Gates Foundation pushed forward the idea, claiming that the digital certificates were aimed at expanding people’s access to “safe, home-based testing.” Unsurprisingly, a lot of people raised their voices against the proposal since it might, understandably, create unnecessary divisions and paranoia in society.