Hydroxychloroquine and the CCP Virus: What the Studies Say 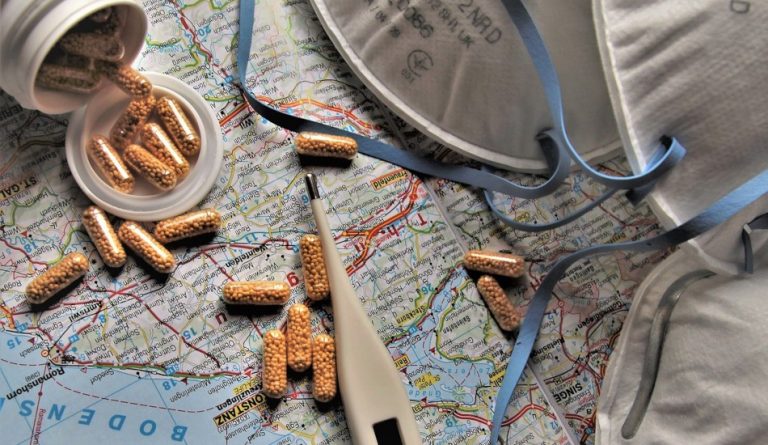 Of all the drugs that have been proposed to counter COVID-19, hydroxychloroquine has attracted the most widespread attention. (Image: via pixabay / CC0 1.0)

Of all the drugs that have been proposed to counter COVID-19, hydroxychloroquine has attracted the most widespread attention. The drug’s original use is in the treatment or prevention of malaria. The fact that the drug already exists and only needs to be mass-produced is one of the main reasons why the interest in hydroxychloroquine is so high. But how effective is the drug when it comes to fighting the CCP coronavirus? Unfortunately, the results are kind of mixed, with most studies not too enthusiastic about the drug’s efficacy against COVID-19.

The control group consisted of patients who received no treatment. After observing how the four groups of patients responded to the treatment, the researchers concluded that they were “unable to confirm a benefit of hydroxychloroquine or chloroquine, when used alone or with a macrolide, on in-hospital outcomes for COVID-19. Each of these drug regimens was associated with decreased in-hospital survival and an increased frequency of ventricular arrhythmias when used for treatment of COVID-19,” according to the study.

Another study conducted by the Columbia University Medical Center on 1,400 COVID-19 patients at a New York hospital also reported that patients who received hydroxychloroquine did not fare any better than those who did not receive it. The authors of the study stated that the findings of the study do not support the use of hydroxychloroquine on COVID-19 patients outside of clinical trials. The Food and Drug Administration (FDA) has warned people against using hydroxychloroquine or chloroquine for treating COVID-19  outside of clinical trials or hospitals. The agency said that the drug risks triggering life-threatening medical issues like heart problems.

Following the Lancet study, the World Health Organization (WHO) announced that it was temporarily suspending testing of the drug on CCP coronavirus infected people due to safety concerns. Despite concerns about hydroxychloroquine, Brazil announced that it will not change its recommendation of treating COVID-19 patients with the drug. Brazilian President Jair Bolsanaro is a huge supporter of hydroxychloroquine’s potential in treating the virus. Since Brazil is the worst affected country in Latin America, they might be forced to try all options available to control the outbreak, no matter how slim their chances of succeeding are.

In India, studies by the Indian Council of Medical Research (ICMR) and All India Institute of Medical Sciences (AIIMS) turned out to support the efficacy of hydroxychloroquine against COVID-19. The AIIMS study, conducted on 334 healthcare workers, discovered that 248 workers who took hydroxychloroquine as a preventive drug for a period of about six weeks ended up displaying a lower occurrence of the infection when compared to people who did not consume the drug.

The ICMR study found hydroxychloroquine to be effective and has recommended healthcare workers, police personnel, surveillance workers, and paramilitary to start consuming the pill as a sort of “preventive therapy.” In a laboratory test conducted at the National Institute of Virology in Pune, hydroxychloroquine was observed to reduce the viral load.