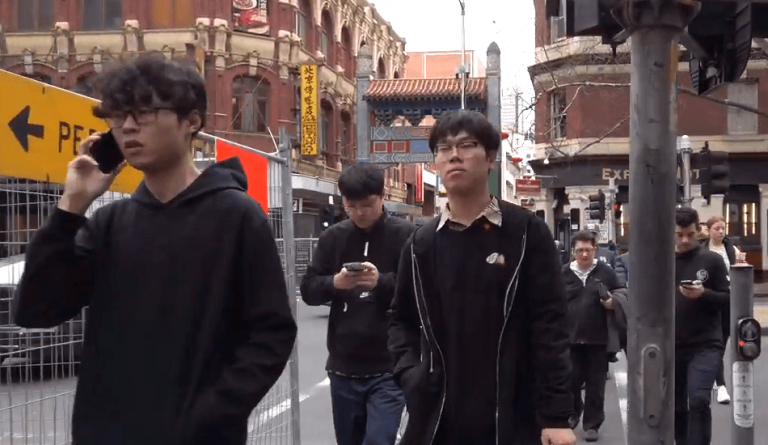 Many Chinese people leave China to escape the communist government, hoping that they will have a better life abroad. But the increasing influence of the CCP is crushing such hopes as the Party is interfering in the lives of these people through the United Front Work Department (UFWD), an organization responsible for outreach to Chinese interest groups and ethnic Chinese individuals living outside the mainland.

The purpose of the United Front is simple — connect Chinese people and organizations spread over the world, make them submit to Party goals, and use their influence to silence foreign critics. Originally, the United Front consisted of intellectuals, religious believers, businessmen, ex-members of KMT, and so on. But of late, social media influencers, famous media personalities, professionals like lawyers, etc., have been joining in.

Representatives from the United Front actively court Chinese people abroad, trying to pull them in by all means necessary. Most people are approached by the representatives on the pretense of “making friends,” which essentially means helping the Communist Party fulfill its aims in that country.

And if someone isn’t interested and asks to be left alone, the representatives stop with the “making friends” drama and directly threaten them to do what is necessary. Such measures are usually used on Chinese people who are involved in activities that go against Party interests, like supporting Hong Kong protests, promoting democracy in China, and so on.

Anastasia Lin is a 30-year-old Chinese-Canadian actress who has been speaking against the CCP’s activities, including the numerous human rights violations. Her family has been harassed and called “anti-Chinese.” Officials in China even questioned a family business colleague back home. Lin believes that most Chinese-Canadians are fully opposed to the United Front’s attempt to control immigrant groups. However, many of them do not have the courage to speak up, choosing to suffer in silence.

“Many people have tremendous anger towards the Chinese Communist Party, but also tremendous fear… After I won Miss World Canada, I would run into Chinese in supermarkets in Scarborough. They would come up to me and tell me in secret, just in a very quiet voice, ‘what you are doing is brave’,” she said to Global News. Lin believes that the secret to countering Beijing’s pressure to support the cause of the United Front’s lies in creating a “united front ourselves” and exposing the Party’s activities.

The United Front was recently involved in aiding the Chinese government stockpile essentially medical supplies from abroad in the midst of the COVID-19 outbreak. In mid-January, the Chinese consulates all across the world were instructed to acquire as many safety supplies as possible.

Within just six weeks, almost 2.5 billion items of epidemic safety equipment were sent to China, including more than 2 billion masks. As a consequence, countries from where these products were exported experienced a shortage of essential safety items at their most critical time of need.

China not only hid the extent of the pandemic from the world, but it also successfully secured medical supplies at the lowest possible price. By late January, military and manufacturing circles were warning Western government’s about this covert operation of China.

Through United Front networks, Beijing had asked numerous overseas Chinese people to buy and ship N95 masks “for the motherland.” In Australia, Chinese real estate developers sent more than 82 tons of Personal Protection Equipment to China. After the government caught wind of it, a ban on PPE export was implemented.