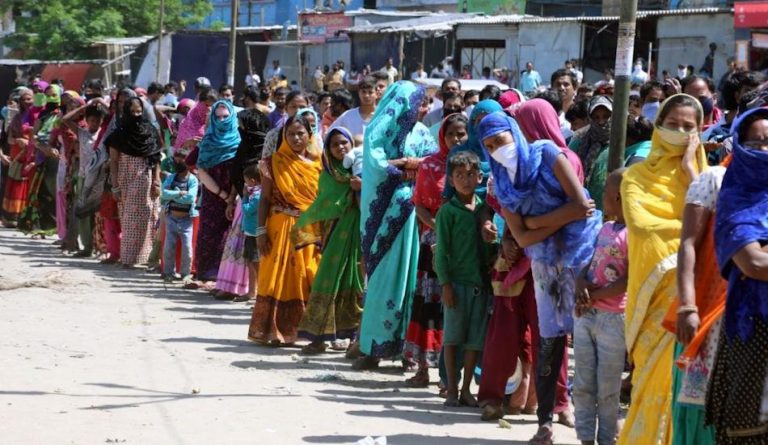 The economic consequences of the COVID-19 lockdown in India have been especially harsh for the millions of people employed as domestic workers. (Image: Screenshot via YouTube)

India has been on COVID-19 lockdown for more than two months. While this has helped one of the most populous countries in the world keep the outbreak under reasonable control, the economic consequences have been harsh, especially for the millions of people employed as domestic workers. Many are now deprived of jobs and income, struggling to put daily meals on the table.

Left without a job

There are an estimated 50 million domestic workers in India, most of them women. Many have migrated from rural regions into urban cities, with their incomes being extremely critical for their families. Since cities are more expensive to live in than rural areas, being cut off from whatever meager income they receive makes life extremely difficult.

Due to low incomes, the workers usually do not have much in savings that can act as a safety net. Domestic workers are also unable to get any loans from regular banks or financial institutions since they rarely meet the credit requirements of such entities. As such, the only option for these people is to get some money from local money lenders at high interest rates. The longer they remain without an income, the less likely they are to be able to repay the loans and the higher will be the interest they have to pay.

The workers who do continue to do their jobs face a host of issues. Many of them have their wages cut, with employers claiming that they won’t be able to afford them otherwise. And since transportation services are scarce due to the lockdown, these workers exhaust themselves walking great distances to the homes of their employers or end up paying an exorbitant amount of money in transportation.

Domestic workers are also affected by the stigma that they can be potential carriers of viruses since they come from poorer areas where social distancing may not be possible. Even after COVID-19 restrictions are lifted, employers might decide not to have them come back to work in their households for some time in order to avoid any risk of infection.

Meenakshi Gupta Jain, Chief of Helper4U, an online platform that links domestic workers with employers, believes that such a line of thinking is unreasonable since many of these employers already allow vegetable vendors and refuse collectors to come into their homes. As such, there is no need to be excessively cautious of domestic workers.

“You give them masks and hand sanitizers and a set of clothing that they can wear when in your home. You take all the precautions. But it’s time to let them back in,” she said to BBC. Even after the domestic workers are back at their jobs, the repayment of debts they have accumulated during the lockdown period will be something that will weigh them down for a long time.

Domestic workers in the U.S.

The condition of domestic workers in the United States is not much different from those in India. There are almost 2.2 million domestic workers in the U.S., with about 91.5 percent being women. According to data from the National Domestic Workers Alliance (NDWA), more than half the workers surveyed revealed that they have not been at their jobs since March 30. Many of them are also doubtful whether their employers will hire them when the pandemic ends.

Since domestic workers tend to be three times as likely to be in poverty as other workers, the loss of employment is a critical hit for their families as well. There have been suggestions for passing a National Domestic Workers Bill of Rights that would extend basic wages and other protections for these workers, including healthcare protections. Some have proposed creating a fund to help these workers in critical times, like the current COVID-19 situation. Nine states in the country have already passed the Domestic Workers Bill of Rights.