Good Parenting: How to Respond to Tantrums 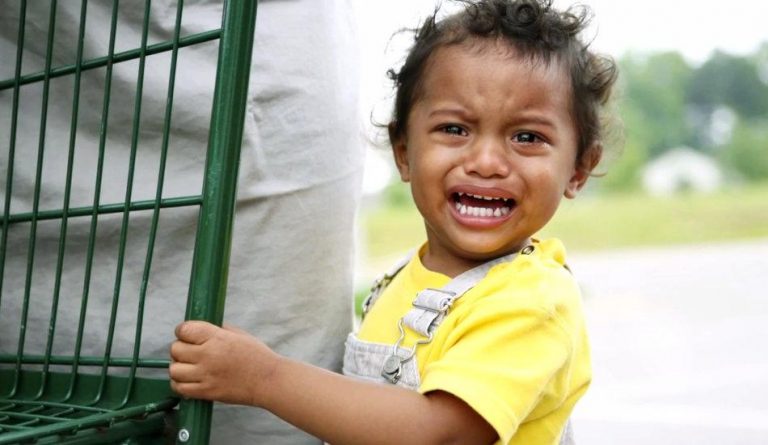 Dealing with a child's tantrums is one of the biggest challenges for parents. (Image: Screenshot / YouTube)

There is a story of a mother who didn’t know what to do when her child threw temper tantrums. Depressed, she sat outside the house. There, as she watched the flowers in her garden, she realized something about parenting. When she went back in, she had a strategy for dealing with one of the most trying times in the life of both parent and child.

The joys of parenthood

It has been said that raising a child is one of the hardest things in the world. It doesn’t have to be. Babies grow so fast. Before you know it, they have reached that adorable age of 18 months when they can do absolutely nothing wrong. Time flies as she celebrates her 2nd birthday. Suddenly, your relatively peaceful abode is not so peaceful anymore.

Your child is lying on the carpet, kicking and screaming. It’s so loud the neighbors are getting annoyed. And all this because she refuses to go to bed. You try and pick her up, but she won’t budge. You ask nicely, but the more you plead, the worse the tantrum gets. Exhausted, she falls asleep on the carpet, and once again you are mesmerized by her innocent face.

Now, this outburst might get overlooked if it happened once in a blue moon. Unfortunately for those raising children, you know that it’s never a single incident. Let’s not forget the time when she unexpectedly threw a huge tantrum in the store. One shudders just thinking of it! What CAN you do when your child throws a tantrum?

There is truth in the statement that the more you pay attention to something, the more it grows. Validating someone’s emotions means acknowledging them. You don’t really need to give confirmation by words. Just by the process of paying attention, the action is acknowledged (for a child).

Rewarding good behavior helps a child calm down. This will help the child feel more emotionally secure. Meanwhile, depriving them of attention during a tantrum reinforces the message that these emotional outbursts will not be entertained.

You will feel pressured to cave in and tend to the child during these tantrums. And especially when you’re outside the house. The people look at you weirdly, and you might feel they’re judging you and your child.

Imagine that you are in a garden. Your child is the sweet briar rose that needs to be tended by giving it just the right amount of water and sunlight. There are also weeds. They represent the unhelpful behaviors, such as tantrums. The weeds are very sensitive. If you so much as blink at them, they will flourish, and next thing you know, you have a garden full of weeds.

Ignoring during tantrums does not mean that you are not loving. It just means you don’t give energy to the tantrums. This takes effort. Be patient. Expect the behavior to get worse before it gets better. Know that you are ignoring the weeds and not your child. Even If you ignore actively for 10 minutes and eventually give in and let them have their way, you are sending confusing messages.

During this phase, you should not yell at your child either. Your child is hungry for attention, and she will do anything to get yours. If you don’t remain calm and restrain yourself, then you will sit with even more weeds in your garden.

The instant your child responds positively, praise them. Make sure to point it out clearly. If you again start to hear about not wanting to go to bed, go back to ignoring the weeds. When your child, the sweet briar rose, gets the message, pile on more praise. Remember, as a parent, it’s important to pour water on the right flower. This way, you are reinforcing positive behaviors.

When they’re calm, talk with them. Make them understand what’s allowed and what’s not. Using simple language and a calm tone, they will understand even if it takes some time. Parenting takes patience.

One shouldn’t be afraid to apply these strategies when you step outside the home next time. If you don’t want friends and family to think that you’re an unfit parent when you’re actively ignoring your child’s demands, you can explain to them what you are doing. Of course, a wiser strategy is to ignore them as well for now. You will receive your reward in the form of a sweet, disciplined child.