Living a Life in the Tao 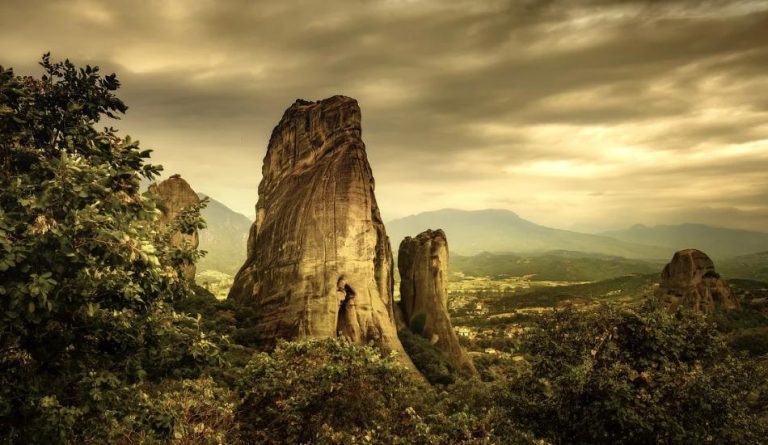 The stonecutter would cut open the rocks to be then used for construction purposes. (Image: Atlantios via Pixabay)

What is living a life in the Tao? There was once a stonecutter who worked hard all day long. He would cut open the rocks to be then used for construction purposes. After working so hard for most of his life, he felt bitter. One day, he saw a government official sitting on a chariot pulled by fine horses. He felt a deep desire to be in such comfort and to be powerful.

A Taoist monk came up suddenly and lifted the stonecutter to his surprise, and told him that he will fulfill his wish to be powerful, to which the stonecutter replied that he wanted to be the most powerful: the government official. “All right,” said the monk, and took him toward the chariot. They couldn’t be seen, but they overheard the official complaining about the heat of the sun, and how warm it was in the vehicle.

The stonecutter looked up and seeing the sun in all its glory said to the monk that he wanted to be the sun, for nothing could be more powerful than the sun, right? “Alright,” said the monk, and took the stonecutter toward the sun. It took some time to reach there, but when they did, some clouds had gathered around the sun, blocking its rays. The sun was not happy, but it couldn’t do anything about it.

The stonecutter was astounded by the clouds, and looking at the monk said that he wanted to be the cloud that was so powerful it could block the whole sun. “Alright,” said the monk, but as soon as he said that, a heavy gush of wind came about, and blew the cloud away. The stonecutter was dumbfounded. The cloud, which he thought was so powerful, was just blown away like it was nothing by the wind. He immediately thought about it and made up his mind.

He told the monk he wanted to be the wind. ”Alright,” said the monk, and he enquired back whether that was the stonecutter’s final choice. “Yes, definitely, the wind does not care for anyone. It is the most powerful and can blow away anything in its path,” the stonecutter replied. This is what I want. “But look over there at that rock,” said the monk, “the wind cannot blow that over.”

Looking at the rock, the stonecutter scratched his head in wonder and replied that this was impossible. “So powerful, yet the rock stands steady,“ he thought. He looked at the monk and told him that for the last time, he wanted to be the rock. And so the monk came down to the ground and allowed him to touch the rock and feel its strength.

“Yes, yes, it’s so powerful,” he said. But then, he heard a knocking sound on the other side. Soon, the rock broke apart and fell to the ground in smaller pieces. Stricken with fear, the stonecutter turned, and what did he see, but himself?

The call of the world separates us from the Tao

All through life, we wander about, heeding the world’s call to be wealthier, healthier, and build a life with power, status, good fortune, and good progeny. But where does this lead us, in the end? Do you think that all millionaires go to their deathbeds completely satisfied with the lives they led? We study hard, work hard, accumulate wealth; we go after powerful positions within the community, and try hard to build our influence; but at the end of the day, are we content? Are we doing the right thing? Is this what we were put on this Earth for?

Most of us are sick in the body, exhausted in the mind with a million thoughts; we don’t have the patience to take a break, the calmness to simply sit and watch the sun reflecting off the waves. We reflect when we’re forced to, like on a hospital bed, or in moments of extreme loss. But by then, it’s often too late. Well actually, it’s never too late.

The call of nature

Taoists believe that the only thing you can truly change is yourself. This would be a wake-up call for social justice warriors who focus efforts on changing the world but fail to look within and refuse to work on themselves. When you do this, that is, improve yourself and achieve a state without intention, the rest will fall into place.

Like in the story before, everything has its place in the universe. That includes the stonecutter, the rock, the clouds, and you. The Western ideal to pursue your dreams, passion, and happiness is at odds with the Taoist concept of letting go of it all and achieving inner peace.

The choice remains: pursue a manmade standard of “progress” or follow the path of the universe, i.e., the Tao.