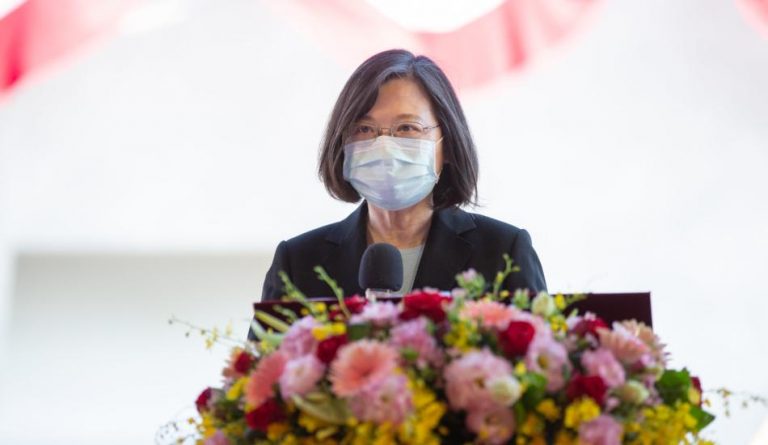 After China’s National People’s Congress (NPC) passed a draft National Security Law that will allow the mainland government to interfere in Hong Kong’s affairs under the pretense of security, there has been a huge wave of international support for Hongkongers who are protesting against the Chinese Communist Party (CCP). Taiwan, an island country that is facing the threat of Chinese annexation, has extended its support for the citizens of Hong Kong.

Taiwanese President Tsai Ing-wen condemned the Chinese government’s decision to bypass Hong Kong’s legal process and stated that her country will not sit back and watch as the city’s freedom, human rights, and democratic values are eroded. Prior to the National Security Law being passed, Tsai indicated that her government was planning out a support system for Hongkongers.

“Today I asked the Executive Yuan to draw up a humanitarian assistance action plan for #HongKong citizens that lays out clear, complete plans for their residence, placement, employment, & life in #Taiwan as soon as possible,” she said in a tweet on May 27.

Since Taiwan lacks a political asylum law, the country will have to use Article 18 of the Laws and Regulations Regarding Hong Kong and Macau Affairs to provide assistance to Hongkongers fleeing to the island nation over the national Security Law. The article states that Taiwan can provide necessary assistance to people from Hong Kong and Macau when their liberty and safety are threatened due to some political situation.

Chen Ming-tong, head of Taiwan’s Mainland Affairs Council, stated that the Taiwan-Hong Kong Economic and Cultural Cooperation Council will be working together with human rights groups in helping Hongkongers find residency in the country.

Chen indicated that not all Hongkongers would be granted residency but that only those who face detainment or persecution due to their involvement in the protests would be eligible for shelter. Some concerns were raised about whether Hongkongers who are pro-Beijing might use the opportunity to infiltrate the island, thereby exposing Taiwan to communist spies. However, Chen revealed that a committee will conduct a strict screening of all applicants in conjunction with the national security unit to prevent such infiltration.

In a recent survey, it was found that almost 60 percent of Taiwanese people were in support of amending national laws so that adequate assistance could be provided to Hongkongers who are seeking asylum in the island country.

The Chinese government had earlier “promised” Taiwan that if it joins with the mainland, the Communist Party will allow Taiwanese democracy to continue under a “one country, two systems” agreement. But with China disregarding its “one country, two systems” agreement with Hong Kong and unilaterally deciding to grant itself power over the city, the Taiwanese have finally realized that any cooperation with Beijing is simply impossible.

Fearing that Taiwan might start to seek formal independence, Chinese officials have begun warning against any such actions. Li Zuocheng, chief of China’s Joint Staff Department and member of the Central Military Commission, stated that the Chinese military will not hesitate to attack and annex Taiwan if the island country does not peacefully agree to “reunify” with the mainland. According to Beijing, Taiwan is a part of China, a claim that the Taiwanese vehemently deny.

Taiwan’s Mainland Affairs Council reminded Beijing that the people of his country will not bow to violence or dictatorship. The Taiwanese government dismissed claims of the island country ever being part of the People’s Republic of China.

The Chinese communist government is worried that the U.S. might strengthen its support for Taiwan’s independence in order to boost America’s military might in the region. With the cooperation of Taiwan, South Korea, and Japan, the U.S. should be able to keep China’s plans for dominating the South China Sea at bay.