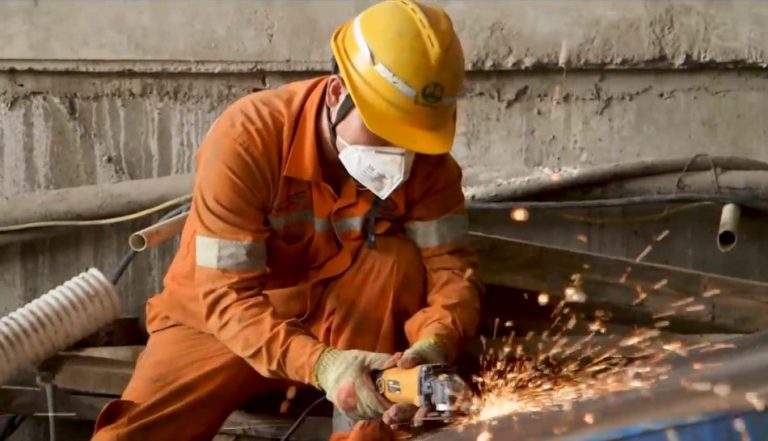 China has loaned out billions of dollars as part of its Belt and Road Initiative (BRI), the massive infrastructure project that aims to solidify China’s leading role in international trade. (Image: Screenshot via YouTube)

Over the past 10 years, China has loaned billions of dollars to poor countries as part of its Belt and Road Initiative (BRI). As the COVID-19 outbreak has shut down economies, these nations are finding it increasingly difficult to repay their loans.

Caught in debt from Chinese loans

Chinese loans granted to developing countries tend to be different from those given by the World Bank and other institutions. Such loans not only have a short maturity period, but they also come with high interest rates. Plus, most Chinese loans require the debtors to provide some of their national assets, like ports, mines, and so on, as collateral.

“China is politically on the back foot… [Should China foreclose on those loans], they would be taking over strategic assets in countries that now can’t afford to feed their people,” Andrew Small, a senior fellow at the German Marshall Fund, said to The New York Times.

The question is whether or not China will push forward with this strategy. Most experts do not believe it will happen. Such a development would create a huge negative image for the Chinese government, essentially consolidating its position as a predatory lender. With Beijing already being criticized for the COVID-19 outbreak, they cannot afford additional negative coverage right now. Plus, such a move would make other countries apprehensive about taking loans from China or about becoming a part of the BRI project.

Countries like Pakistan, Kyrgyzstan, Sri Lanka, and a host of African nations have requested that Beijing either forgive their loans coming due this year, delay some of the payments, or simply restructure their debts. From the perspective of the Chinese government, forgiving loans is almost out of the question since honoring such requests would put their entire financial system under strain.

Plus, Chinese citizens might also become angry at their government for forgiving the loans of foreign nations while they themselves are under economic distress. As such, Beijing is more likely to postpone or restructure most of the debts, with a few loans from extremely poor countries being forgiven. In fact, this has already started.

In April, the government of Kyrgyzstan announced that the Chinese Communist Party (CCP) has agreed to reschedule almost US$1.7 billion in debts. Beijing has also delayed the debt repayment timeline of Sri Lanka by two years, with the China Development Bank extending an additional credit line of US$700 million.

Obiageli Ezekwesili from Nigeria, who was a former vice-president at the World Bank for the Africa region, believes that China should immediately announce a complete write-off of about US$140 billion in loans that have been extended to Africa. This is clearly an unrealistic, utopian idea.

To help poor countries, the World Bank will be committing about US$160 billion over the next 15 months. The money will be directed to enable countries to survive the economic, medical, and social consequences of the CCP coronavirus. The World Bank, in association with the G20 and IMF, has suspended repayment of bilateral loans from poor countries from May 1.

The suspension will remain in effect until the end of this year, after which an extension of the suspension might be considered depending on the liquidity conditions of the beneficiary nations.

The IMF has doubled access to its emergency programs like the Rapid Financing Instrument and Rapid Credit Facility, enabling the organization to provide about US$100 billion in emergency assistance to poor nations. The organization is also looking into increasing its capacity of offering financing at zero percent interest. Twenty-nine countries have been offered immediate debt relief.