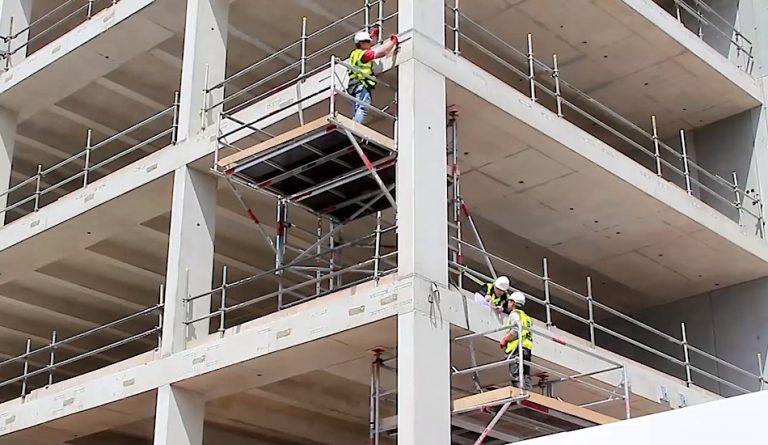 According to a report, Chinese construction companies that build key offices and residences for African officials should be investigated for potential spying. (Image: Screenshot via YouTube)

According to a report by Heritage Foundation, a conservative think-tank, Chinese construction companies that build key offices and residences for African officials should be investigated for potential spying. As usual, the Chinese Communist Party (CCP) mouthpieces have come out, pointing fingers at Americans and the think tank, blaming them for “driving a wedge between friendly partners.”

The buildings include presidential or prime minister residences and offices, parliaments, foreign affairs offices, and even military and police installations. These are potential opportunities for spying on governments and discovering their inner workings. The buildings don’t necessarily turn much of a profit by themselves. So why did the Chinese government spend so much money to construct them?

Information gleaned from surveillance can include the personal preferences of individual leaders in a country, along with their financial situations, policy inclinations, and other critical bits of personal data.

Moreover, the construction companies in charge of the projects are mostly state-owned enterprises, meaning the Chinese government has a direct say in how they conduct business. They need to report to the Chinese Communist Party.

According to Meservey, the author, a need for the report came about from the 2018 scandal that saw China installing listening devices in the African Union headquarters in Addis Ababa, Ethiopia. French newspaper Le Monde brought this accusation of spying to light, based on investigations that revealed servers based in the African Union headquarters were sending data to Shanghai from midnight to 2 a.m. on a regular basis.

Of course, the servers were set up by Chinese engineers who left “backdoors” open for information gathering.

Why the world needs to care

In 1971, African nations provided the bulk of votes that kicked out Taiwan and made Beijing the official representative of China. After the Tiananmen Square Massacre, it was African nations that helped Beijing weather the criticism from the West. Today, the UN does not care much for the Uyghur plight or Falun Gong organ harvesting. Why?

Beijing’s spying capabilities are second to none. If sensitive information is gathered about a critical African leader, he or she can be blackmailed and brought under CCP control. Besides this, there are significant risks posed to developed countries coming into Africa for trade and international cooperation.

Business secrets, strategies, bids, and processes are all left to the mercy of spy equipment found in residences, offices, and telecom networks. This poses incredible barriers to cooperation with Western companies and governments that value integrity in secure communications.

For a more detailed read of the Heritage Foundation report, click here.