Belt and Road Initiative Paving the Path for CCP Virus 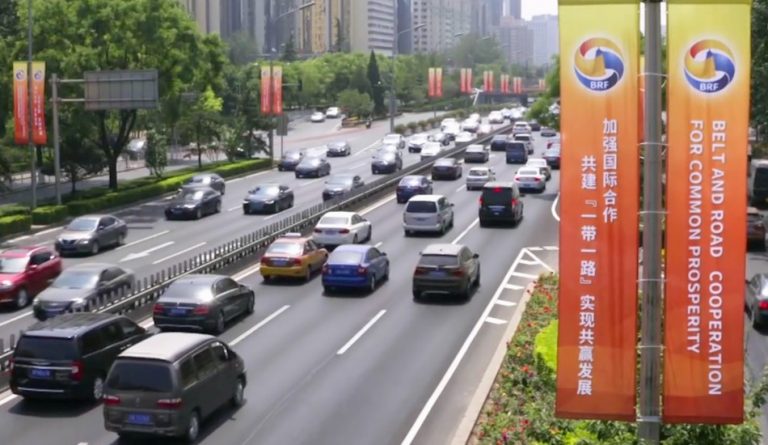 Many of the countries that participated in China’s Belt and Road Initiative now find themselves reeling under the COVID-19 outbreak. (Image: Screenshot via YouTube)

China promised the world that its Belt and Road Initiative (BRI) would bring economic growth to the countries participating in it. However, years after the infrastructure projects have begun, many of these countries now find themselves reeling under the COVID-19 outbreak, with Italy and Iran being the worst affected of all.

Belt and Road Initiative projects usually see the participation of a large number of Chinese workers. The countries that allow these projects are also prime targets for Chinese tourists who see the country as a sort of economic partner. Since the CCP virus originated in China and Beijing kept the outbreak a secret from the world for some time, the potential of Chinese workers and visitors spreading the infection before detection was pretty high.

Take the case of Italy, one of the worst affected countries in Europe. According to a study by the University of Oxford, Italy’s high COVID-19 mortality rate is due to its large senior population. While the CCP coronavirus has proven to be deadlier for older people, this does not explain the high infection rates in Italy. After all, Japan has the largest population of elderly people in the world and has been far more successful than Italy in controlling the outbreak even though they are geographically closer to China.

Francesco Marino, an Italian journalist, realized that the answer lay in Italy’s close partnership with China. “We discovered the first patient only when the virus had already spread and we’ve not been able to track back the people he had met. The first cases had been Chinese tourists and until then things went OK. But when the first Italian case had been discovered in the north the damage was already done,” she said to IANS, as reported by Outlook.

Lombardy and Tuscany are the two regions in Italy that have received the highest amount of Chinese investment. Unsurprisingly, Lombardy is the hardest-hit region in Italy, with COVID-19 infections crossing over 88,000 cases. Tuscany is in the top 5 worst-hit regions, with more than 10,000 infected people.

Another country that has been gravely affected by COVID-19 due to its close ties with China is Iran. Since the Middle Eastern country does not have good relations with the West, its government has been deeply interested in gaining the support of Beijing. As such, Iran has been an active participant in the Belt and Road Initiative project.

Last year, the country agreed to a proposal for developing a 2,000-mile-long railway track that links China with Tehran. Chinese workers are also involved in a US$2.7 billion high-speed railway line from Qom, the city which is thought to be the source of the viral outbreak in the country. This is part of China’s belt and Road initiative. Iranian health experts believe that the CCP coronavirus entered the country through Chinese workers or businessmen.

Italy has registered the highest death toll in Europe, with nearly 34,000 people dead due to COVID-19. In the Middle East, Iran has the highest death toll with more than 8,200 victims. And these are the numbers given by the Iranian authorities. The numbers are proof enough of the dangers that exist in developing a deep relationship with the Chinese government.

Even if a new viral outbreak happens in China sometime down the line, the Communist Party will likely continue its practice of hiding information about it and any country that has a close relationship with China will once again end up importing the CCP virus into their lands and infecting their people. As such, these nations have to seriously consider whether Chinese Belt and Road Initiative investments are worth risking the lives of their citizens.