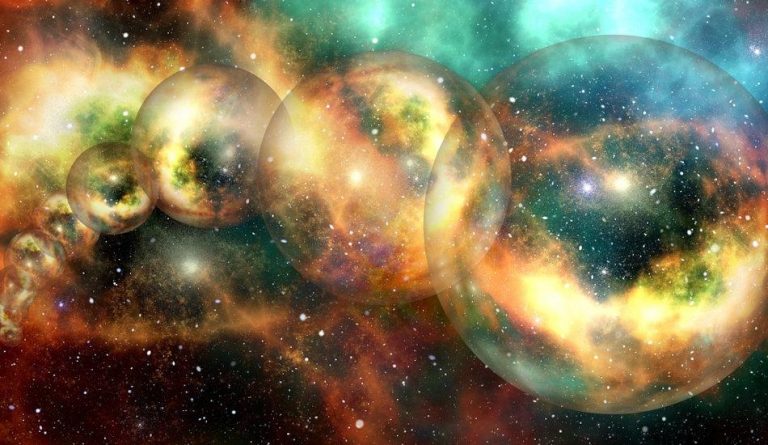 Researchers from the University of Science and Technology of China recently succeeded in entangling two clouds of atoms through a 50 kilometer (31 mile) optical fiber. (Image: via pixabay / CC0 1.0)

Researchers from the University of Science and Technology of China recently succeeded in entangling two clouds of atoms through a 50 kilometer (31 mile) optical fiber. The breakthrough brings us one step closer to a “quantum Internet.”

When two particles are said to be in quantum entanglement, it means that a minute change in one particle’s quantum state will end up affecting the other particle’s state instantly no matter how far apart they are. For instance, atoms can spin in both directions at once — clockwise and counterclockwise.

This two-way state gets broken when the atoms are measured. “Two atoms can be entangled so that each is in an uncertain two-way state, but their spins are definitely correlated, say, in opposite directions. So if physicists measure the first atom and find it spinning clockwise, they know instantly the other one must be spinning counterclockwise, no matter how far away it is,” according to Science Mag.

A quantum Internet is based on this phenomenon. It would allow communication to be almost unhackable. If a third-party were to access the communication, it would mess up the entanglement and alert the two sides that someone was snooping in. If the Chinese were to develop the tech first and implement it, this would be a massive hit to the West since China would be able to deploy communication networks that are immune from spying.

In the study, lead researcher Pan Jianwei and his team sent a powerful laser beam into a cluster of rubidium atoms at one end of the experiment. Some of the metallic atoms ended up being entangled with particles of light called photons. These photons bounced off the atoms and kept moving through the optical fiber, eventually reaching atoms at the other end. It was then that the atoms at both ends became entangled. The team was successful in achieving quantum entanglement on particles that were 50 km (31 miles) apart.

Normally, if someone were to send 100 quadrillion entangled photons via optical fiber, just one would survive after the 50-kilometer journey. But Pan’s team succeeded in boosting the survival rate of entangled photons to 1 in 100. The team achieved this breakthrough by using a crystal made from lithium, niobium, and oxygen. This crystal is capable of converting entangled light particles into a frequency that is often used for commercial communication.

The researchers believe that they might even be able to build a quantum Internet spread over a city once the number of atomic repeaters is increased. In addition to securing communications, a quantum Internet will allow the military to improve the accuracy of their GPS by a great margin. Missiles will have better precision.

Last year, the U.S. Army conducted an entanglement experiment using calcium atoms. However, the test only achieved 1 percent of transmission efficiency compared to that of results reported by Chinese scientists in similar experiments. Realizing the significance of a quantum Internet, the Trump administration’s 2021 budget request has asked for a 20 percent increase in spending on quantum information science to US$237 million. The government wants US$25 million allocated to the development of a national quantum network.

The administration has proposed cutting overall funding for scientific research by 10 percent. This will ensure that the government can reallocate that money to fund the 20 percent increase in quantum research. Back in 2018, the U.S. set aside US$1.2 billion for quantum research, of which almost US$625 million belonging to the Energy Department was recently distributed to various governmental, academic, and industrial research labs.