Extreme Weather in Australia: A Sign of Climate Change? 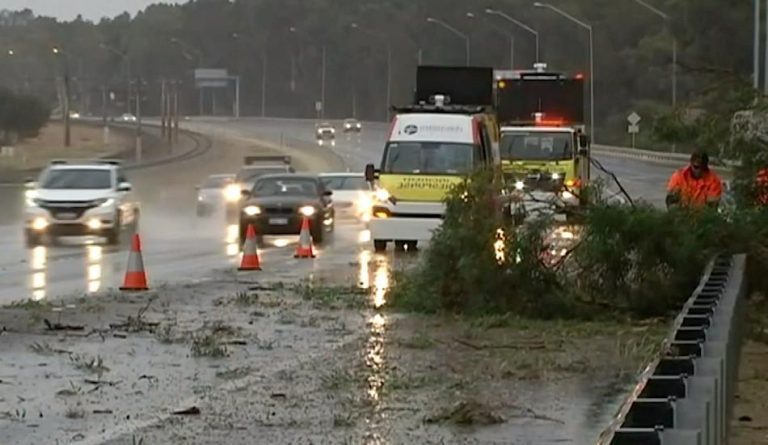 In the past year, Australia has been plagued by all manner of extreme weather, from droughts to heavy storms and floods. (Image: Screenshot / YouTube)

In the past year, Australia has been plagued by bushfires, heavy storms, floods, and droughts. Such drastic changes in weather have left the country reeling under immense stress. Not only has extreme weather caused huge economic damage, but it is also making life unpredictable. And the reason for such rapid weather variance seems to be climate change.

According to Australia’s 2018 State of the Climate Report, the country has seen fewer tropical cyclones since 1982. However, the intensity of the cyclones that do hit Australia is going up. This means that every cyclone is now increasingly doing more damage in the region than those that appeared a decade or so back. Much of this is believed to be due to the warming of the Indian and Pacific oceans. It is thought that if the ocean warms by 1.8°F, the maximum winds of a cyclone will increase by up to 10 percent. This would result in Australia being hit with more devastating storms.

So how warm can Australia get? A report by the Climate Council of Australia (CCA) predicts that by 2040, cities like Melbourne and Sydney could see temperatures of up to 122°F (50°C) on a regular basis. The hottest ever temperature in Melbourne was 115.5°F (over 46°C), recorded in 2009. A study by scientists from the University of NSW and the Australian National University predicts that the country will see more extreme droughts in the future. Up until 2100, Australia might possibly see more frequent, intense droughts. However, this won’t be caused by any decrease in average rainfall but a greater variability in the rainfall.

The effects of extreme weather have been devastating for Australia. The country recently went through one of the worst wildfires in its history, burning millions of acres of land and killing more than a billion animals. Farmers are facing a tough time maintaining production due to droughts. In fact, Australia is facing a rice shortage. The country used to produce about 600,000 to 800,000 tons of rice every year. But in 2019, output was restricted to just 54,000 tons. And this year, production will be even lower. The marine ecosystem has also been affected greatly due to extreme climatic events.

According to a report published by the Commonwealth Scientific and Industrial Research Organisation (CSIRO) last year, floods, heatwaves, and drought have damaged about 45 percent of Australia’s marine ecosystem along the coast during a 7-year period between 2011 and 2017. “If you stand back and have a look at how many [climate events] have happened between that period of 2011 to 2017, it really backs up that it’s not just the Great Barrier Reef that we have to think about. It’s all around the country,” Russ Babcock, the study’s lead author, said to The Guardian.

Extreme weather is also predicted to make home insurance more expensive and harder to get. In February, QBE Insurance Group warned that some premiums might soon become unaffordable for customers exposed to extreme weather events. The company’s net Australia-Pacific cost of catastrophe claims rose to US$193 million in 2019 from US$106 million the year before. The large-scale, unexpected floods along the northeast coast of Australia, as well as the bushfires in the southeast, resulted in numerous claims being filed.

Richard Enthoven, President of the Insurance Council of Australia, admitted that the rapidly changing weather pattern could eventually make some regions of Australia “uninsurable.” Communities along coastal areas could end up suffering the worst since their properties might not only become uninsurable, but may even be lost due to erosion.