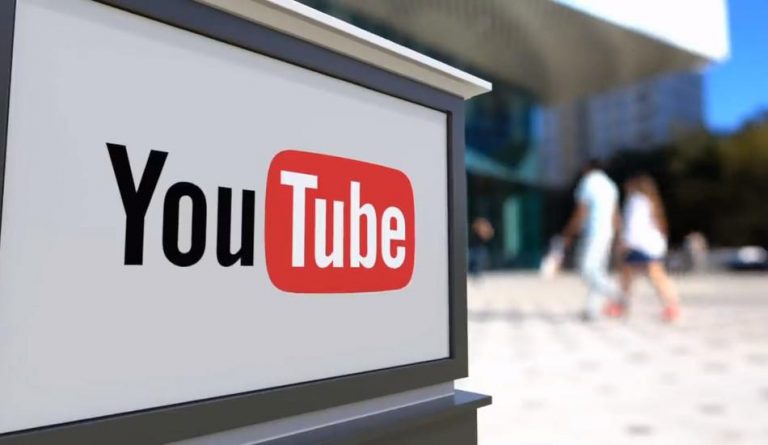 YouTube users recently noticed whenever they posted something criticizing the Chinese Communist Party, the comments were removed. (Image: Screenshot / YouTube)

YouTube users recently noticed something weird regarding the comment section. Whenever they posted something criticizing the Chinese Communist Party (CCP), the comments were removed. After this issue garnered media attention, YouTube claimed that such deletions occurred due to an “error” and that it had been rectified.

Comments that contained Chinese words equivalent to “communist bandit” and “50-cent party” on the YouTube comments page were automatically deleted in just about 15 seconds. This indicates that YouTube had these words included in a list of “sensitive keywords.”

An algorithm would have cross-checked every comment with this keyword list to identify those that contained words like “communist bandit” and “50-cent party,” deleting them instantly. The interesting thing is that only comments containing Chinese characters of these words were deleted. English translations were not deleted.

The word “communist bandit” is a derogatory term for Chinese communists that dates back to the Chinese civil war era. The term “50-cent party” came about after claims that online comments in support of the CCP were made by people being paid 50 cents for every post. The fact that these two words were added to YouTube’s “sensitive keywords” list is a cause for concern. Even more worrying is YouTube’s claim that this was an “error.”

If YouTube can make these “errors,” it is possible that many such errors might exist even now, with most of them aligned to the interests of the Chinese Communist Party. YouTube refused to describe how this “error” came to be. The fact that users had to point it out means that this pro-CCP comment rule would have lasted for a long time without public intervention. Some users had complained about such comment deletions as early as October last year.

Yet, YouTube only remedied the situation in May. U.S. Senator Josh Hawley wrote a letter to Google CEO Sundar Pichai, asking that the company explain why YouTube was deleting comments critical of the CCP. The senator points out that Google is showing a disturbing pattern of trying to curry favor with the Chinese communists.

“Despite your stated commitments to free speech, you were happy to censor if it meant obtaining more revenue; you shelved the Google.cn search engine only after you were targeted with a cyberattack. Indeed, as recently as last year, you were secretly working on a new censorship-based search engine, Project Dragonfly, development of which was paused only in the face of immense backlash internally… Selling out American principles to curry favor with communist officials is no way to run an American business — regardless of who else is doing it,” Hawley said in the letter.

While YouTube seems to be acting pro-CCP in America, people in India are expressing their anger at the Chinese government by mass uninstalling Chinese apps. India and China recently had a tense standoff at the border, with Chinese forces trying to force their way into Indian territory. Angered by Beijing’s aggression, Indian citizens have been using an app called “Remove China Apps.”

As the name suggests, the Android app scans a user’s smartphone for any apps made in China and deletes them. “Remove China Apps” went viral and has secured the top spot in Google Play’s top free apps list in India. Launched on May 17, the app has been downloaded over 5 million times and is continuing to attract downloads at a rapid pace. At the same time, an Indian alternative to Chinese app TikTok, called “Mitron,” is also gaining ground in the country.