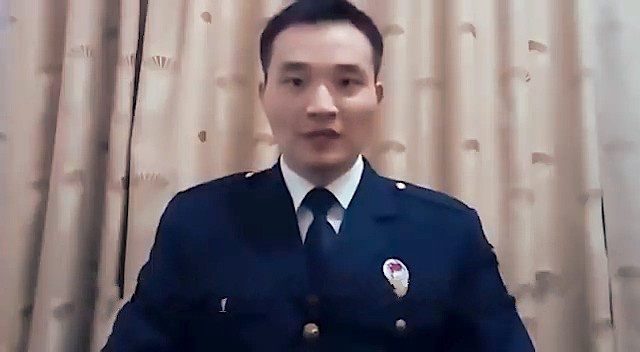 Recently, Zhao Hu, a retired sergeant of the East Sea Fleet of the Chinese Navy, circumvented China’s Internet censorship to upload a video he made that criticized the Chinese Communist Party (CCP).

In the film, Zhao, who lived in Changde, Hunan, first showed his “Sergeant Retirement Certificate” issued by the Chinese Communist Party and then announced his certificate number “Haitui No. 032254” to clearly demonstrate his identity.

Zhao alleged that in 2013, the Wuling District Government of Changde City, Hunan Province, originally allocated a small plot of land for “shack renovation,” which was a national project launched by China’s government to renovate old urban dwellings and improve the housing conditions for families in difficult situations.

Only about 300 or so households were involved in the Wuling District. But in 2015, the local government decided to expand the scope of expropriations over more than 2.2 acres of nearby land, and the number of households involved increased by more than 440.

His mother, Zhao Weiai, lived within the extended scope of expropriation. Zhao said that the real estate certificate and the land certificate clearly stated that his mother’s house was built between 2002 and 2003, but the records were privately altered and falsified by the local government to make it appear as though it was a 1980s dilapidated house and so it was able to be forcibly expropriated.

The government hired gangsters to violently harass the residents who refused to move out. They went around smashing glass, cutting wires, digging up water pipes, breaking locks, and dismantling doors and windows, going from house to house. Many people were unable to bear it and were forced to move away.

After the house was forcibly taken, Zhao and his mother kept reporting the illegal activity to all levels of government. The court not only favored the government and helped them process flawed “evidence,” but also set a trap to detain him. They threatened his mother with his detention to blackmail her into signing the demolition agreement and forced her to hand over her certificates for the real estate and accompanying land.

On December 6, 2019, the Wuling District Government and the District Court brought the demolition team to Zhao’s work unit to deliver the legal documents. Zhao emphasized that he was neither the party named in the documents, nor the property owner, nor the execution target of the court. So when the court staff came to deliver him documents, he specifically sought the presence of a superior officer to witness the interaction and asked military colleagues to record the whole process.

However, after taking photos of the documents he signed, the court personnel arrested him with an order that had been prepared beforehand accusing Zhao of “hindering the judicial staff to perform their duties by violence, threats, or other methods” and convicted him, detaining him for 15 days.

Zhao said in the film: “Where and whom did I threaten? When did I interfere with public affairs? In China, can the court steal ‘legal documents’ that have been delivered despite photos and videos? Can the government and court arrest a legitimate citizen at will and then detain him on fictitious charges to threaten his relatives and engage in land expropriation? Is this what you call China’s ‘human rights’ and ‘legal system’?”

Chinese Communist Party treats laws as though they are nothing

Zhao asked people to repost his video. He said that the totalitarian Chinese Communist Party treated the laws as if they were nothing. If they treated him, a veteran, in such a way, you could just imagine how they treat civilians. He wanted to tell the courts and government in Changde City that he would never bow to corruption and power. “Even if it is not for me, I will fight for the next civilian to help them avoid such persecution.”

It is reported that after Zhao Hu was arrested, his mother, Zhao Weiai, was sent to the hospital after suffering a heart attack, and the local government forcibly demolished their house while they were both away from home.