The West and Its Dependence on China 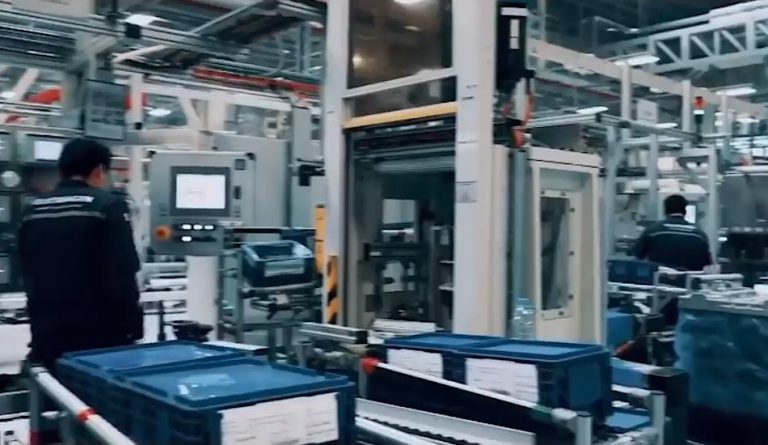 Over the past few decades, the West has gradually lost out on its manufacturing infrastructure, allowing China to become the global production hub. (Image: Screenshot via YouTube)

Over the past few decades, the West has gradually lost out on its manufacturing infrastructure, allowing China to become the global production hub. As a consequence, the West has become too dependent on China. This poses a grave danger since the Chinese Communist Party (CCP) will seek to use this dependence to harm Western interests.

Western dependence on the Chinese

A London-based think tank recently published a report titled Breaking the China Chain that looked at how deeply Western democratic countries rely on China for goods. When it comes to the United States, the report points out that the country’s dependence covers 16 categories, 1 industry level group of goods, and 5 sectors.

Such dependency on Chinese imports is not a feature of the U.S. alone. Other countries like the UK, Canada, Australia, and so on are also too reliant on China for many consumer and industrial products. This dependency has been created due to the fact that Western countries neglected the manufacturing sectors in their own nations, deeming their own labor force as being too expensive, thus ending up shifting entire production units to the relatively cheaper Chinese shores.

Whether it be medicines like penicillin or high-tech items like computers and smartphones, the West has a much stronger technological base to manufacture these items. There is absolutely no need to keep making the Chinese communist regime powerful by using the country as a manufacturing base when one can produce them right in their own backyard.

If labor costs are a problem, Western nations should look for countries that can ally with their ideals. For instance, the U.S. would be better off using Mexico and other South American countries that are geographically closer to it and share its values. In fact, several Western companies have already started thinking along these lines.

“The companies I have heard the most from, anecdotally to me and whom I represent, are manufacturers of auto parts in China… They are all really thinking about rejiggering their supply. They’re looking now at reducing their reliance on China and want to hedge their risks. To do it, they have to go somewhere else,” John Scannapieco, a trade attorney and head of the COVID-19 task force at Baker Donelson in Nashville, said to Forbes. Many firms are looking at two specific regions as manufacturing alternatives to China — Southeast Asia and India.

Southeast Asia is already part of the supply chains that are linked to China. As such, shifting some of the processes to Southeast Asia will not pose a problem. The issue is that the region does not have the scale or connectivity to fully replace China. It is for this reason that India becomes a critical component. India has a billion-plus population like China. But what gives it an advantage over China is the huge English-speaking young population, and an open, democratic value system.

The downside is that the Indian infrastructure is weak. The current government is planning on resolving this issue in the coming decade with a massive network of shipping ports, wide lane roads, and so on. In addition to the U.S., Japan has also expressed a keen interest in shifting some of its industries from China to India. If the U.S., Japan, India, and Southeast Asia can work together to establish an interconnected trade network in the coming years, the dependence on communist-ruled China can easily be minimized.