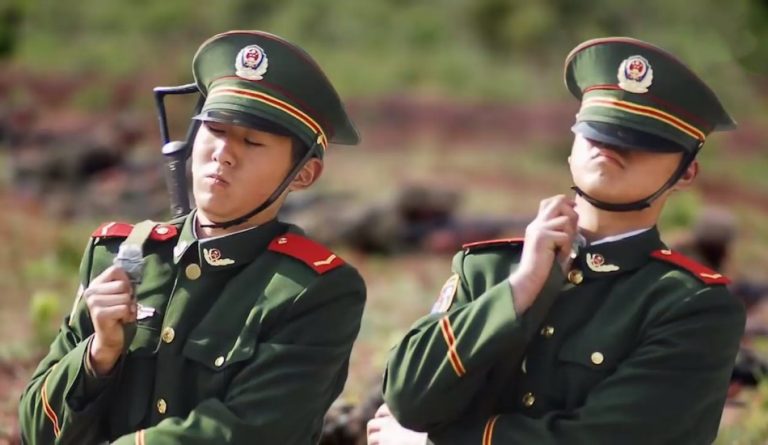 Chinese soldiers from one-child families grew up as ‘little emperors’ doted on by parents and relatives and having their every wish granted. (Image: Screenshot / YouTube)

The Chinese government has been referring to their own soldiers as “wimps” and “dangerously corrupt.” While the world looks with fear at the massive Chinese army and its incredible defense expansion, apparently the Chinese do not have the same level of awe. Let’s explore a few of the reasons and try to understand the People’s Liberation Army (PLA).

Ever since the Chinese Communist Party (CCP) adopted the one-child policy, the children of China have been brought up without siblings. This causes emotional immaturity because they have not had a peer with whom to compete, share, or learn. They were “little emperors” doted on by parents and relatives. Their every wish was granted. Their character was never tempered, and the resulting pampered individuals are found to be lacking in many adult traits.

According to some estimates, almost 70 percent of the Chinese military comes from one child families. “Soldiers from the one-child generations are wimps who have absolutely no fighting spirit,” said a government publication.

Spoiled individuals are not capable of handling stressful environments, whether it be in the corporate boardroom or on the battlefield. “I was a spoiled boy as I am an only child. In my first year in the army, after a hard day’s training, I’d hide under my blanket and cry every night because I missed home and my girlfriend,” new PLA recruit Sun Youpeng, aged 22, told South China Morning Post.

Soldiers from large military powerhouses like the United States, UK, and India have undergone many combat missions all over the globe. They are equipped and experienced to handle adverse situations because they are involved in a constant state of conflict. This experience proves invaluable in a critical situation because, at the end of the day, it is the soldier who takes upon himself to fulfill the mission.

It has been more than 40 years since Chinese soldiers have seen combat. Their only activity is undergoing “political training.” And being communist, we can only assume that the soldiers are trained to be more passive-aggressive.

Face-offs and threats cannot be construed as actual combat. Aggressive posturing in the South China Sea and military buildup along the Indian border does not really count when push comes to shove. Holding military exercises around Taiwan and threatening fishing boats is one thing, while engaging full-on with experienced enemy combatants willing to do anything for their nation is absolutely different.

While soldiers in most nations defend their country and its ideals, what does the PLA defend? China? Not exactly. The PLA defends the Chinese Communist Party. If the PLA defended ordinary Chinese citizens, they would rise up in arms whenever a common man in China is persecuted. As of now, the PLA is nothing more than a group of hired goons and bullies, fighting with (not for) the everyday Chinese to make them fall in line with the CCP.

They assist the CCP in implementing their ideals across the nation and overseas. This is not done for the love of China, its constitution, or its citizens. The CCP has consistently bypassed the constitution to enact its tyranny on the people of China. How long can a soldier stand to keep fighting if not doing it for a noble cause?