Fruit and Veggie Prices to Decline in Australia 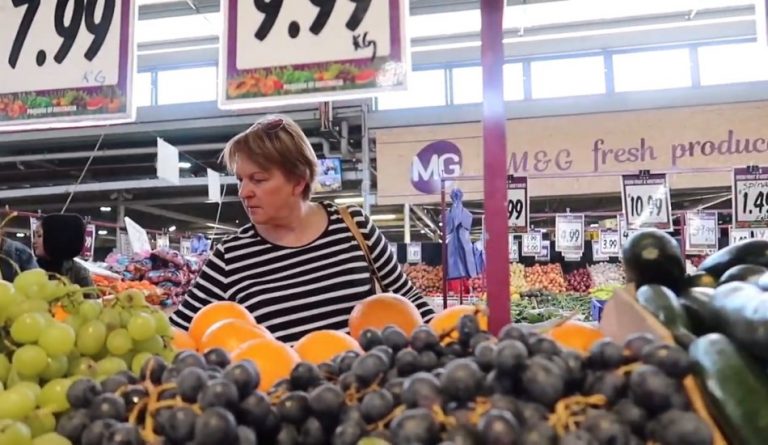 Australian consumers can look forward to paying cheaper prices for fruits and vegetables in the coming months. (Image: Screenshot / YouTube)

The prices of fresh farm produce in Australia have been rising in the past months due to droughts, floods, fires, and eventually the COVID-19 scare. But in the coming months, fruits and vegetables will likely be cheaper as the pressure on sellers eases and supplies become plentiful.

Shaun McInerney from Fresh Fella’s at Sydney Markets believes that Australian consumers are going to be spoiled for choice as fruits and veggies will be sold at prices they have never seen before. “Over the next few months, we’ll be seeing a lot more produce hit the market… Five or six weeks ago the price of cauliflower would set you back around $12 [US$8.35] a head… Now you’re looking at around half that, and prices — well, they’re continuing to ease,” he said to 9News.

McInerney predicts that there will be a boost in the supply of items like carrots, beans, peppers, and broccoli. Prices of oranges and bananas will possibly increase while the cost of traditional winter fruits like apples and pears will likely remain stable. Even if a buyer is unable to find a specific vegetable or fruit at a cheap price, there will be enough alternatives available that a moderate budget will be sufficient to secure produce in good quantities.

Back in March, fresh produce saw a massive spike in prices as the COVID-19 outbreak sent everyone into a frenzy to stock up on food. The price of celery and lettuce almost tripled in some places. As such, the decline in prices should come as a relief for the average consumer. However, whether the cheap availability of fresh produce will trigger higher demand is something that is uncertain due to the fact that Australians usually do not consume too many fruits or vegetables.

According to government data, just 5 percent of children and 7 percent of adults in Australia eat the necessary servings of vegetables. Only about two-thirds of the children and half of the adult population consume fruits in sufficient quantities. The government has set up a national body to improve the consumption of vegetables and fruits among the public.

While fresh produce seems set to be available for cheap, things are very different when it comes to rice. Experts are predicting that Australia is facing a critical rice shortage. According to Rob Massina, President of the Ricegrowers’ Association of Australia, domestic rice output will only be able to meet one-fourth of the demand this year.

The country usually consumes about 200,000 tons of Australian rice annually. However, just about 50,000 tons will likely be produced this year. As such, almost 150,000 tons of rice will have to be potentially imported from other countries. There is also a serious risk that rice will be off supermarket shelves by the end of the year. With domestic rice production at a low, neighboring regions like the Pacific islands, which depend on Australia for rice, will also be facing a crisis.

Now, even if Australia decides to import rice, there is no guarantee that they will be able to secure it in the necessary quantities. This is because many countries are imposing export restrictions on food items due to a fear that the COVID-19 outbreak might cause a food shortage in the future. As such, countries want to stock up on as much food as possible. India is the largest exporter of rice in the world, followed by Thailand, Vietnam, and Pakistan.