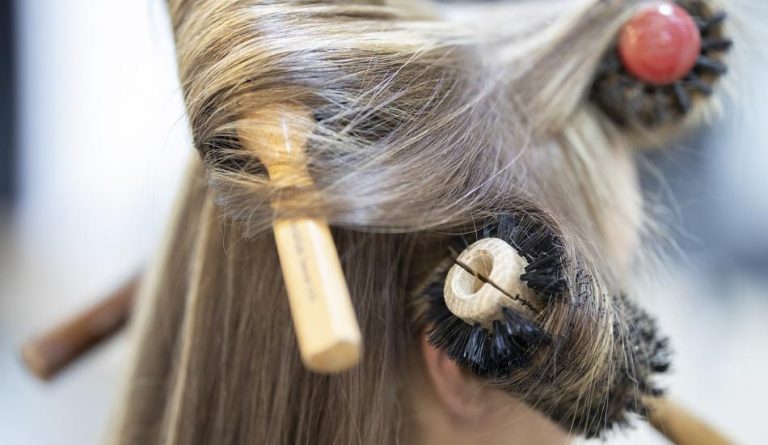 In May, the U.S. issued a detention order on hair products manufactured by a Chinese company called Hetian Haolin Hair Accessories Co. Ltd. The company has operations in the controversial Xinjiang region where Beijing has detained millions of Uyghur people in “re-education” camps. The U.S. Customs and Border Protection (CBP) has come across information that reasonably implicates Haolin of using forced labor in the manufacture of hair products.

“CBP is responsible for targeting and eliminating unsafe and illicit goods from the U.S. supply chain… It is critical that members of the trade community closely inspect their supply chains to ensure that American businesses and consumers can trust that the products they purchase are safely and ethically sourced, without the use of forced labor of any kind,” Brenda Smith, Executive Assistant Commissioner of CBP’s Office of Trade, said in a press release.

Haolin was established in 2018, registered at an industrial park that was specifically built for companies that deal with manufacturing goods from human hair.

The park apparently houses 24 companies, with about 4,000 Uyghurs working in them. State-backed Xinjiang Daily published a report in which it quotes a Uyghur named Memetjan Mettohti, who had spent time in the “re-education” camps and was sent to work at a factory in the industrial park in December 2018. Mettohti confesses that if he hadn’t been sent to the camp, he would have gone down the “wrong path” and is thankful that the camp allowed him to set up a new path.

This is typical Chinese propaganda that is deployed when it comes to Uyghurs. Beijing sees the minority Muslim community as a security threat and often sends its members to “re-education” camps where they are said to receive training in various skills. But in reality, these camps are merely brainwashing centers designed to make Uyghurs forego their heritage and accept the supremacy of the Chinese Communist Party.

Many people from these camps are then sent to forced labor. In propaganda videos, the Uyghurs are depicted as being thankful, similar to how the Xinjiang Daily article showcases the Uyghur worker at the industrial park.

Plus, the hair used in Haolin products also seems to be forcibly acquired. Some of the female detainees have admitted that the officials used to forcibly shave their heads at the time of entering the camp.

The detainees have no idea what happens to the shaved hair. One trader who claims to have visited a Haolin factory stated that not only are Uyghurs from the camps sent there to work but that even the hair being used comes from camp detainees. China is the world’s largest exporter of hair, accounting for almost 80 percent of such products.

Last month, the U.S. Senate approved a bill aimed at sanctioning Chinese government officials who are identified as being linked to forced labor camps in the Xinjiang region. The bill, the Uyghur Human Rights Policy Act of 2020, recommends the American government to give a tougher response to Beijing’s human rights abuses perpetrated against ethnic minorities like Uyghurs and Kazakhs.

The Chinese officials responsible for persecuting these communities will have their properties and assets held in the U.S. frozen. In addition, they will be completely denied entry into the United States.

The Secretary of State will be required to submit a report on human rights abuses in Xinjiang, detailing the number of people being held at the internment camps, the conditions under which they live, the torture methods used against them, the number of detainees who are forced into labor, and so on. The bill now needs to be passed by the House of Representatives and then signed by the President before it can be implemented as law.