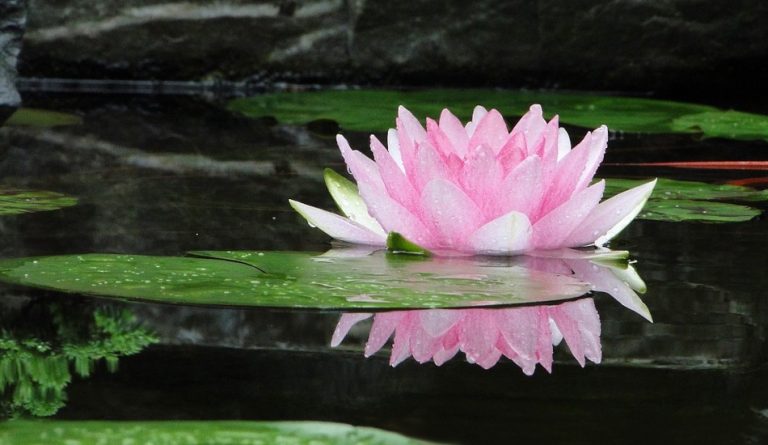 She did not expect her rescuer to utter the words 'I know,' which was very comforting to hear at that moment. (Image: yyryyr1030 via Pixabay)

God is sacred. We must hold this belief inviolable and worthy of veneration always and under all circumstances. Otherwise, even if what we do is unintentional, divine retribution will eventually befall us and possibly even our family. The following traditional story illustrates this.

My name is Li Zhou, from Liaocheng, Shandong Province. My two sons were born without eyes. Not long afterward, I went blind. I was so distraught that I traveled to many places frantically seeking help, but no one was able to help me. One day, I decided to travel to Shenxiao Temple and ask Taoist Master Ho for help.

As I related the fate of my two sons and my recent blindness, Master Ho, speaking slowly, asked: “Li Zhou, have you ever done something particularly wrong?”

I was taken aback by his question and was lost for words, when suddenly what came to my mind was my work as a carver. I looked up and said: “Master Ho, I used to make my living by carving Buddha statues; in order to save money I would often go to temples looking for old Buddha statues in disrepair; I would then secretly gouge out their eyes and put them in the new statues I was carving.”

As I finished speaking Master Ho looked at me for a while and then said: “Li Zhou, what has befallen you is divine retribution. You did not believe that Buddha statues are sacred. You gouged out and stole the eyes from many statues of divine beings so you could make a bigger profit. What you did was so bad that divine retribution did not fall on you alone.”

My heart sank as I heard these words — and I knew that they were true. I thanked Master Ho and with great difficulty started my journey back home. Every time my staff touched the ground, however, my steps became heavier with deepening regret and my woeful journey was very slow.

But as the days passed, a deeper understanding also began to take shape in me: I, a nonbeliever, had sought in vain for help in the world I knew, and in the end, I went to a temple, a sacred place, and it was there that I was helped. I was returning home with an understanding of what had befallen me and my sons – and also, I had been awakened a bit more on how to be a better person.

And so, as I neared home, I resolved to tell my story to others so that they would not make the same mistake. I would sit at markets or outside temples or wherever people were gathered and ask them to come and hear how Li Zhou and his sons became blind. And many came. And many listened. And one day someone who heard my story wrote it down. And so one day, people, even beyond Shandong, may also read it.

Translated by Joseph Wu and edited by Mark Casilieris