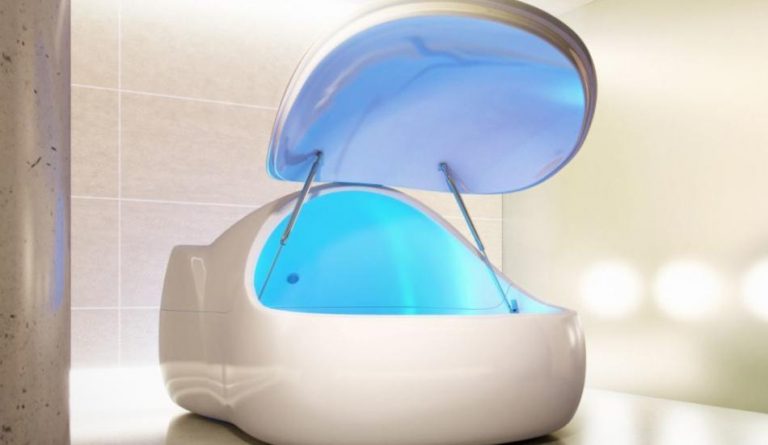 What are sensory deprivation tanks? Also known as isolation tanks or flotation tanks, they were developed in 1954 by an American physician and neuroscientist named John C. Lilly to provide Restricted Environmental Stimulation Therapy (REST). During the time inside the soundproof tank, an individual experiences minimal sensory stimulation from sights and sounds. This allows them to relax and become extremely calm. The tank is filled with up to a foot of saltwater. This enables the person to “float,” dismissing the sense of gravity.

Sensory deprivation tanks are claimed to cure a range of issues from anxiety to muscle pain. However, not all people respond in the same way to being inside the tanks, and the experience varies depending on the individual and their sensibilities.

Dr. Lilly designed these tanks to study the origins of consciousness. During the 1960s, his study caused a bit of controversy as he experimented with the hallucinogen LSD and other drugs during the time spent inside the tank. Nowadays, flotation therapies are quite common and can be found in spas all over the world.

So, why would seemingly normal people lock themselves inside a pitch-black, soundless tank with saltwater? Certain studies have recommended the use of flotation therapy by relatively healthy people, especially in sports, for muscle-related recoveries, pain management, and anxiety relief.

According to Dr. Peter Suedfeld, a psychologist, flotation aids in improving creativity. A study was done with university students that showed a marked increase in creativity when they were subjected to sensory deprivation. All 40 students scored higher in tests after just a one-hour session. A group of 13 students studying jazz went through flotation therapy and their improvements were monitored one week later. Apparently, the benefits lasted, suggesting long term gains.

Professional sports athletes are said to derive the most benefits, both on a physical and mental level, which they can then use to compete better. There was a study done in 2016 that found athletes recovered faster, including psychologically, after an intense training workout when they underwent sensory deprivation therapy. However, like with most studies on the subject, the number of participants isn’t large enough nor was it conducted over a prolonged period of time in order to provide conclusive evidence.

A study done in 2018 suggests that flotation tanks can help people with anxiety and depression. Sensory deprivation also has a positive effect on pain reduction.

There are cases where people have experienced hallucinations during their time in the tank. The research on this suggests that people who were more prone to hallucinate did so. In this case, they were immediately removed from the tank, and the hallucinations were halted.

For people who find the concept scary, they would do better staying away from sensory deprivation. Entering the tank when intoxicated is not recommended, either, as hallucinations will increase during this state.

As of now, researchers have been unable to point out any adverse health impact on individuals. Anyone mentally sound and healthy should be able to go to a float spa and enjoy a session.