Tons of Ocean Pollution Can Be Saved by Changing Washing Habits 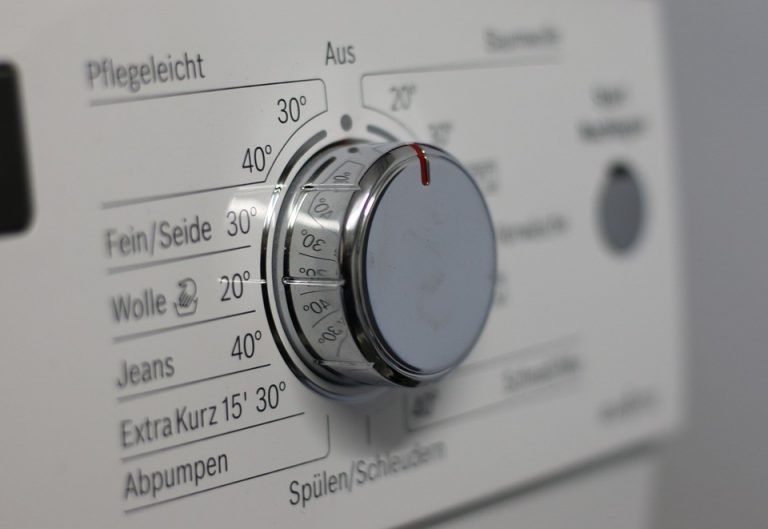 Their forensic analysis revealed an average of 114 mg of microfibers were released per kilogram of fabric in each wash load during a standard washing cycle. (Image: moerschy via Pixabay)

A new study has revealed that almost 13,000 tons of microfibers, equivalent to two rubbish trucks every day, are being released into European marine environments every year — but this could be reduced by as much as 30 percent if we made a small change to our laundry habits. The findings have been published by the scientific journal PLOS ONE. Every time you wash your clothes, thousands of tiny microfibers from the fabric are released into rivers and other waterways, causing ocean pollution.

Scientists have speculated for some time that these microfibers may cause more harm than microbeads, which were banned from UK and U.S. consumer products in recent years. Researchers from Northumbria University worked in partnership with Procter & Gamble, makers of Ariel, Tide, Downy, and Lenor on the first major forensic study into the environmental impact of microfibers from real soiled household laundry.

Their forensic analysis revealed an average of 114 mg of microfibers were released per kilogram of fabric in each wash load during a standard washing cycle. Given that a 2013 AISE report suggested 35.6 billion wash loads are completed in 23 European countries each year, the researchers suggest a massive 12,709 tonnes of microfibers are being released from washing machines into rivers and other waterways each year in Europe alone. This is the equivalent of two rubbish trucks worth of waste ending up in marine environments each day.

However, the researchers achieved a 30 percent reduction in the amount of microfibers released when they performed a 30-minute 15˚C wash cycle, in comparison to a standard 85-minute 40˚C cycle, based on typical domestic laundering. If households changed to cooler, faster washes, they would potentially save 3,813 tonnes of microfibers being released into marine ecosystems in Europe.

Households in North America and Canada have historically used high volume traditional top loading washing machines with an average 64-liter wash water volume. The market is gradually moving to high-efficiency machines that use up to 50 percent less water and energy per load. As a consequence, these high-efficiency machines released fewer microfibers than traditional top-loading machines, with notable examples including a 70 percent reduction in microfibers from polyester fleece fabrics and a 37 percent reduction from polyester T-shirts.

Other key findings emerging from the study include:

A novel aspect of the study was the involvement of forensics expertise from Dr. Kelly Sheridan, an expert in forensic textile fibers who has worked on several high-profile murder cases. Her guidance ensured the research could be conducted without cross-contamination of fibers from other sources.

The team applied test methods used in forensic science, such as spectroscopic and microscopy techniques, to examine the structure and composition of the microfibers released from the clothing. This enabled the fibers to be weighed and characterized to determine the ratios of manmade to natural fibers being released from wash loads.

The researchers found that 96 percent of the fibers released were natural, coming from cotton, wool, and viscose, with synthetic fibers, such as nylon, polyester, and acrylic, accounting for just 4 percent. A positive point to note is that the natural fibers from plant and animal sources biodegrade much more rapidly than synthetic fibers. A previous study has identified that cotton fibers degraded by 76 percent after almost eight months in wastewater, compared to just 4 percent deterioration in polyester fibers.

This means that natural fibers will continue to degrade over time, whereas petroleum-based microfibers plateaued and can be expected to remain in aquatic environments for a much longer period. John R. Dean, Professor of Analytical and Environmental Sciences at Northumbria University, who led the study, said:

“This is the first major study to examine real household wash loads and the reality of fibre release. We were surprised not only by the sheer quantity of fibres coming from these domestic wash loads, but also to see that the composition of microfibers coming out of the washing machine does not match the composition of clothing going into the machine, due to the way fabrics are constructed.

“Finding an ultimate solution to the pollution of marine ecosystems by microfibers released during laundering will likely require significant interventions in both textiles manufacturing processes and washing machine appliance design.”

“This study has proven that consumer choices in the way they do their laundry can have a significant and immediate impact on microfiber pollution. These won’t eliminate the issue but could achieve a meaningful short-term reduction while other solutions such as washing machine filters and low-shedding clothing are developed and commercialised.”

The researchers say that the study provides evidence for appliance manufacturers to introduce filtering systems into the design of machines and develop approaches to reduce water consumption in laundry cleaning.

Procter & Gamble laundry products, such as Ariel Pods, are suited to low temperatures and the company intends to use this evidence to bring further innovations to enable consumers to wash with low temperatures without compromising on performance. They also hope it will encourage textile manufacturers to help by conducting filtered pre-washing to remove the most labile fibers, which can easily break down and displace.

Provided by: Northumbria University [Note: Materials may be edited for content and length.]