Incredible Places to Visit in Taichung 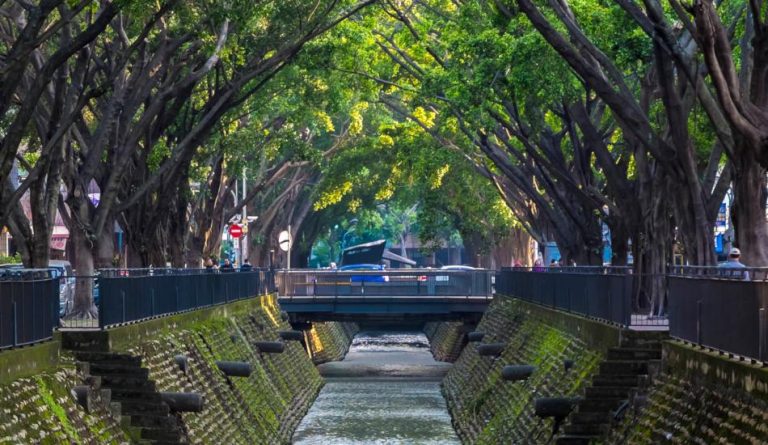 With a more favorable climate than Taipei, Taichung is often called ‘the most livable city in Taiwan.’ (Image: jsphfrtz via flickr CC BY 2.0 )

Having surpassed Kaohsiung in 2017, Taichung is Taiwan’s second-largest city. With a more favorable climate than Taipei, Taichung is often called “the most livable city in Taiwan.” There’s so much to do in this metropolitan area with its large swaths of surrounding countryside. So where shall we start?

Based in the Nantun District, Rainbow Village is, like the name suggests, a colorful village. The houses are painted in bright shades with manga characters and many uplifting images. Tourists love this place, so be sure to come early in the morning before it gets crowded. The story of the village goes that when soldiers fled the communist mainland, they were given houses that they later abandoned to pursue more opportunities. The houses deteriorated over time, but one soldier, whom the locals affectionately call “grandpa,” stayed back and painted the houses in vibrant colors, saving them from total demolition.

Taiwan spent a short, but significant, time under Japanese colonial rule. The Japanese contributed much to the island’s democratic rule, infrastructure, and economy. There are many buildings reminiscent of the period, and the Natural Way Six Arts Culture Center is a shining example of architectural brilliance and tourist experience. The Japanese architecture was itself heavily influenced by the Tang Dynasty.

This building was built for training workers at the Taichung Prison. Burned down once, the building was carefully restored and features a garden in the back with a banyan tree. There is also a restaurant by the side. The Taichung Martial Arts Hall is a must-visit for history buffs and lovers of architecture.

A classic example of Song Dynasty-style architecture, the Confucius Temple is a peaceful retreat away from the hustle of the city. Built between 1972 and 1976, it is considered a modern temple that follows the layout of the Confucius Temple in Qufu, Shandong. Qufu is the city in China where Confucius was born. Painted in vivid colors, the architecture is characterized by simple and clean lines with decorated beams and roofs.

While over there, join in some traditional classes like calligraphy, and spend some time in the library. There’s a Martyrs’ Shrine next door dedicated to those who died fighting for Taiwan.

A treasure trove of Taiwan and China, the museum features 24 exhibition halls with everything from Western art and Chinese sculpture to brush artwork and valuable pieces. There is a nice garden where travelers can relax, along with a kid’s play area in the basement. This is part of the Calligraphy Greenway and there is a museum shop to take home some Taiwanese souvenirs. Before you head there, make sure you know what exhibitions are taking place.

This is apparently one of the largest, most fascinating, and finest traditional compound houses in Taiwan. The mansion belonged to the Lin Family of Wufeng. Over Taiwan’s history, the Lin Family has played a significant role. The mansion is divided into the Upper House, the Lower House, and the Lin Family Gardens. Both houses combined cover a perimeter of over half a mile. Currently under renovation, the family mansion must be visited with a tour guide. Members of the family still live in the house.

If you’re keen on exploring the history of the Lin Family, check out the docudrama Attabu (the aboriginal name of Wufeng).

Taichung is one of the favorite destinations of the Taiwanese people. Besides the above-mentioned places, there are night markets and world-famous restaurants. Taichung is especially famous for its hot springs. There are incredible hiking trails and wetlands — and the people, well, you know the people of Taiwan are friendly, but they are more so in the city of Taichung.

How to get to Taichung

From Taipei, you can board the Taipei High Speed Rail (THSR). It takes at most 40 minutes on the super-fast trains. Using Klook, you can book your tickets for hassle-free travel with discounts.

The regular train or bus takes up to 2.5 hours. There are two bus stations in Taichung. Opt for “Taichung Station” if you’re heading to the city center.